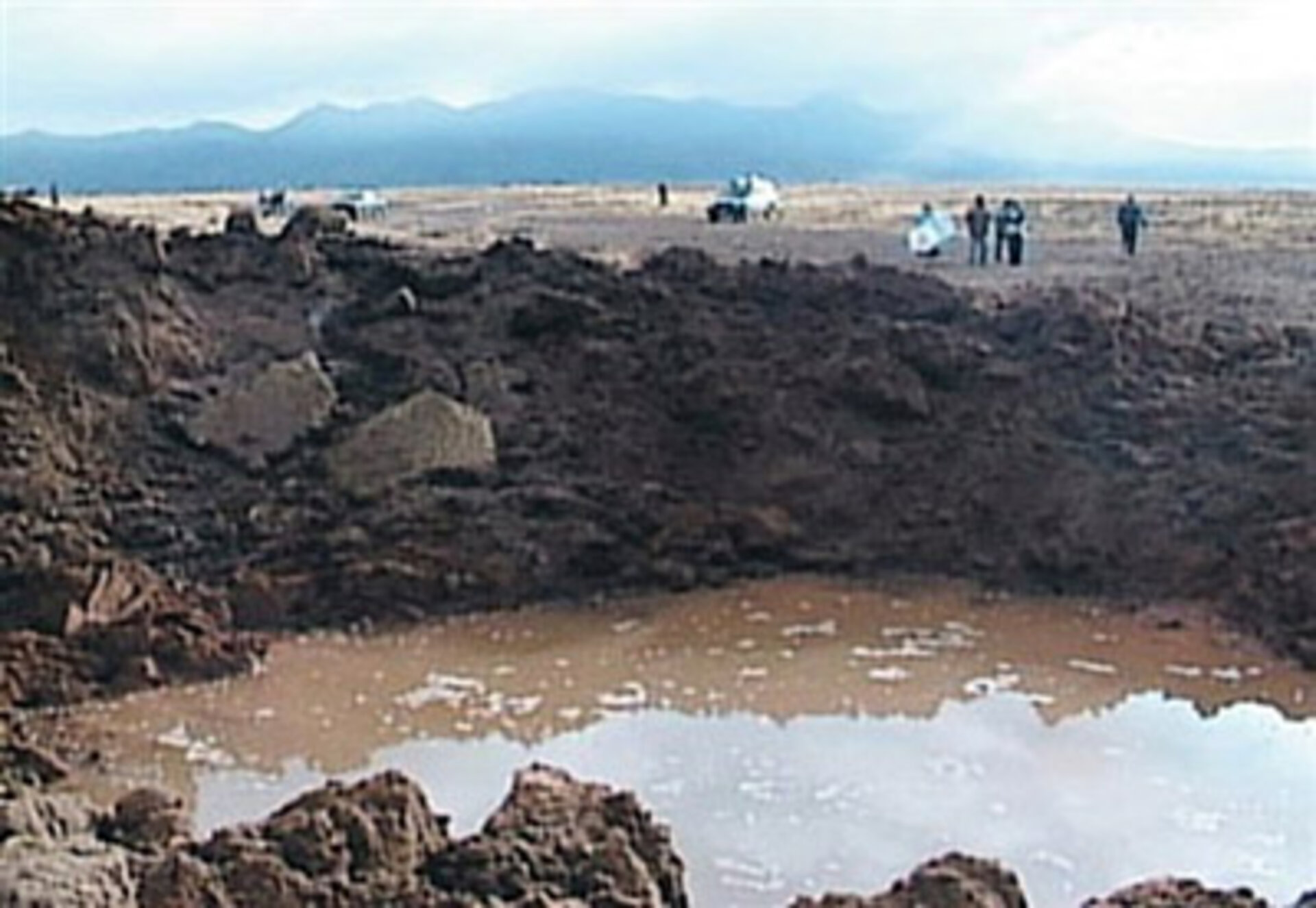 People in southern Peru gaze at a crater made apparently by a meteorite 17 September 2007 in the department of Puno. Villagers were struck by a mysterious illness after the meteorite crashed to Earth in their area, regional authorities said Monday. Around midday Saturday, villagers were startled by an explosion and a fireball that many were convinced was an airplane crashing near their remote village, located
in the high Andes department of Puno in the Desaguadero region, near the border with Bolivia. Residents complained of headaches and vomiting.