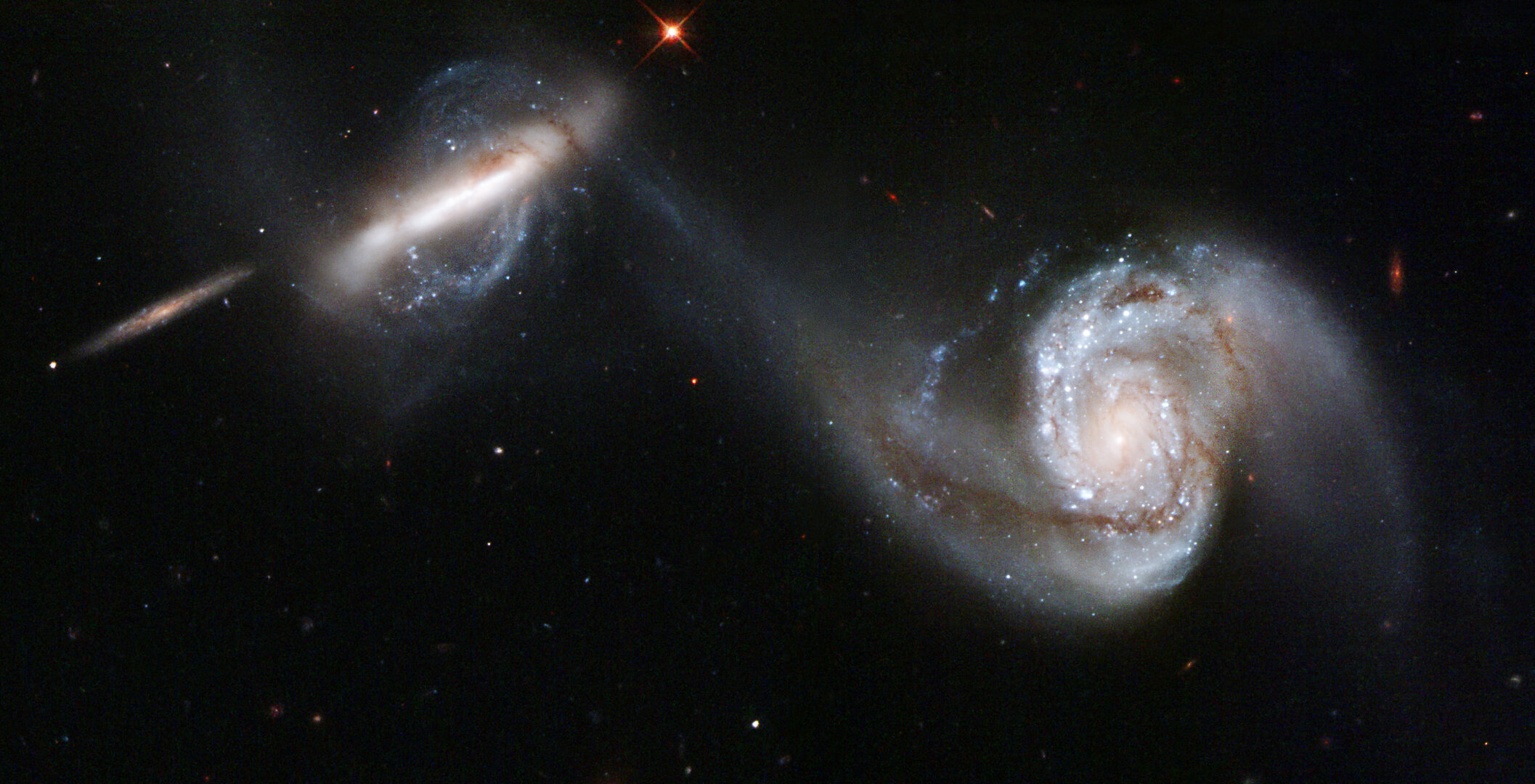 Arp 87 is a stunning pair of interacting galaxies. Stars, gas, and dust flow from the large spiral galaxy, NGC 3808, forming an enveloping arm around its companion. The shapes of both galaxies have been distorted by their gravitational interaction. Arp 87 is located in the constellation of Leo, the Lion, approximately 300 million light-years away from Earth. Arp 87 appears in Arp’s Atlas of Peculiar Galaxies. As also seen in similar interacting galaxies, the corkscrew shape of the tidal material suggests that some stars and gas drawn from the larger galaxy have been caught in the gravitational pull of the smaller one. This image was taken in February 2007 with Hubble’s Wide Field Planetary Camera 2 detector.