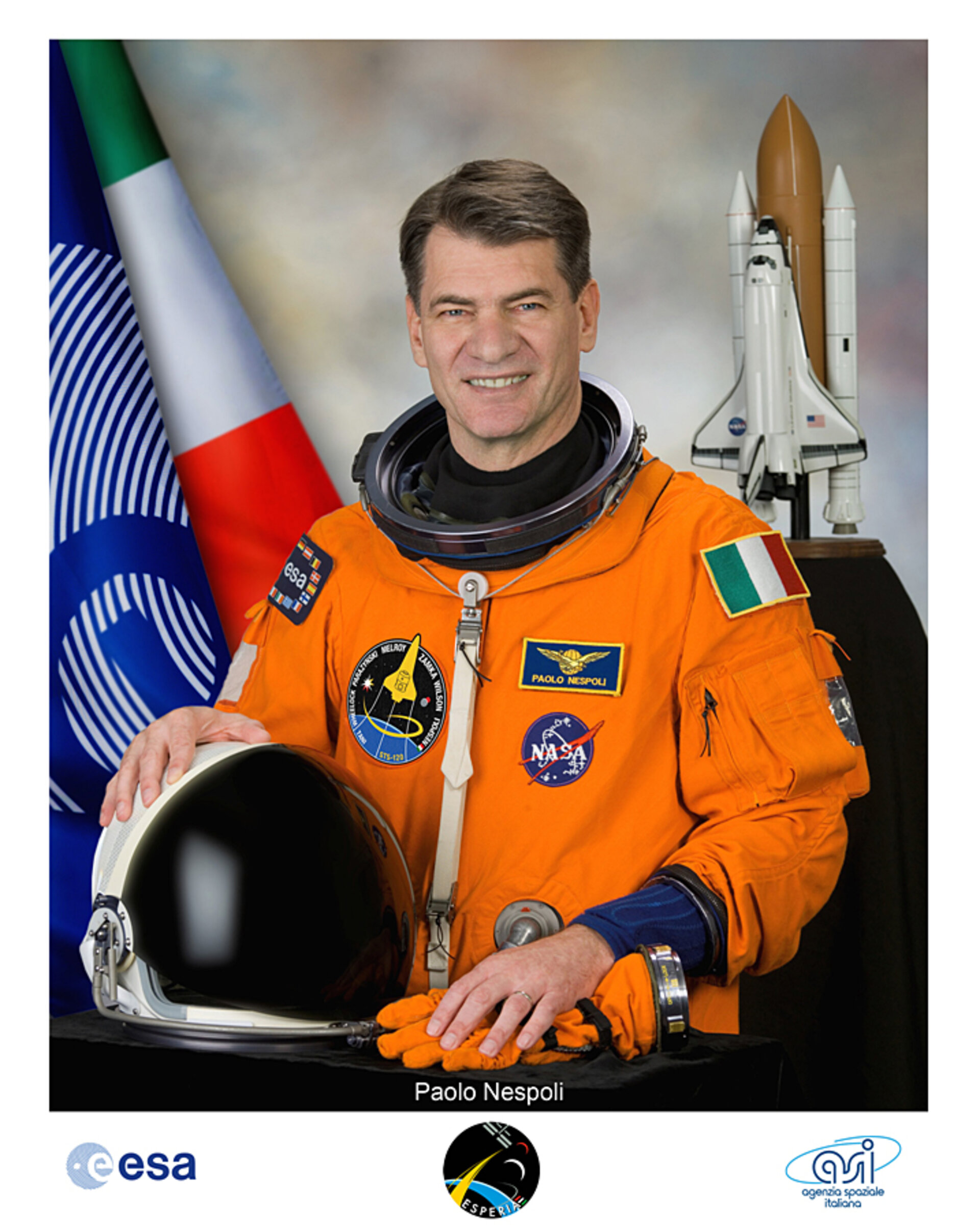 An aerospace engineer as well as a military parachute instructor and a Special Forces operator, Paolo Nespoli was assigned to the Italian contingent of the Multinational Peacekeeping Force in Beirut, Lebanon, from 1982 to 1984. Upon leaving military duties, he worked on the Italian Space Agency's Tethered Satellite System (TSS) as a design engineer for Proel Tecnologie in Florence.

In 1991, he joined EAC as an astronaut training engineer and contributed to the preparation and implementation of basic training for the European astronauts. In 1995, he was detached to the EUROMIR project at ESA's ESTEC and was responsible for the Payload and Crew Support Computer used on the Russian space station Mir. In 1996, he was detached to NASA's Johnson Space Center (JSC) in Houston, Texas, where he worked in the Spaceflight Training Division on the preparation of training for the ground and in-orbit crews of the ISS.

In July 1998, he was selected as an astronaut by the Italian space agency (ASI), and one month later, he joined ESA's European Astronaut Corps. He was then relocated to JSC where he trained and qualified as a NASA mission specialist in 2000. He was qualified to operate the Space Shuttle robotic arm in 2001 and to perform extravehicular activities in 2003.

In 2002, he attended advanced training at NASDA's Japanese Training Centre in Tsukuba and was certified for general operations onboard the Japanese Kibo ISS module.

Paolo Nespoli will join the STS-120 Space Shuttle mission to the ISS in 2007. His mission has been named Esperia. He will take part in attaching Node 2 to the Station. Node 2 is the connecting element allowing both the European Columbus and the Japanese laboratory to be attached to the ISS.