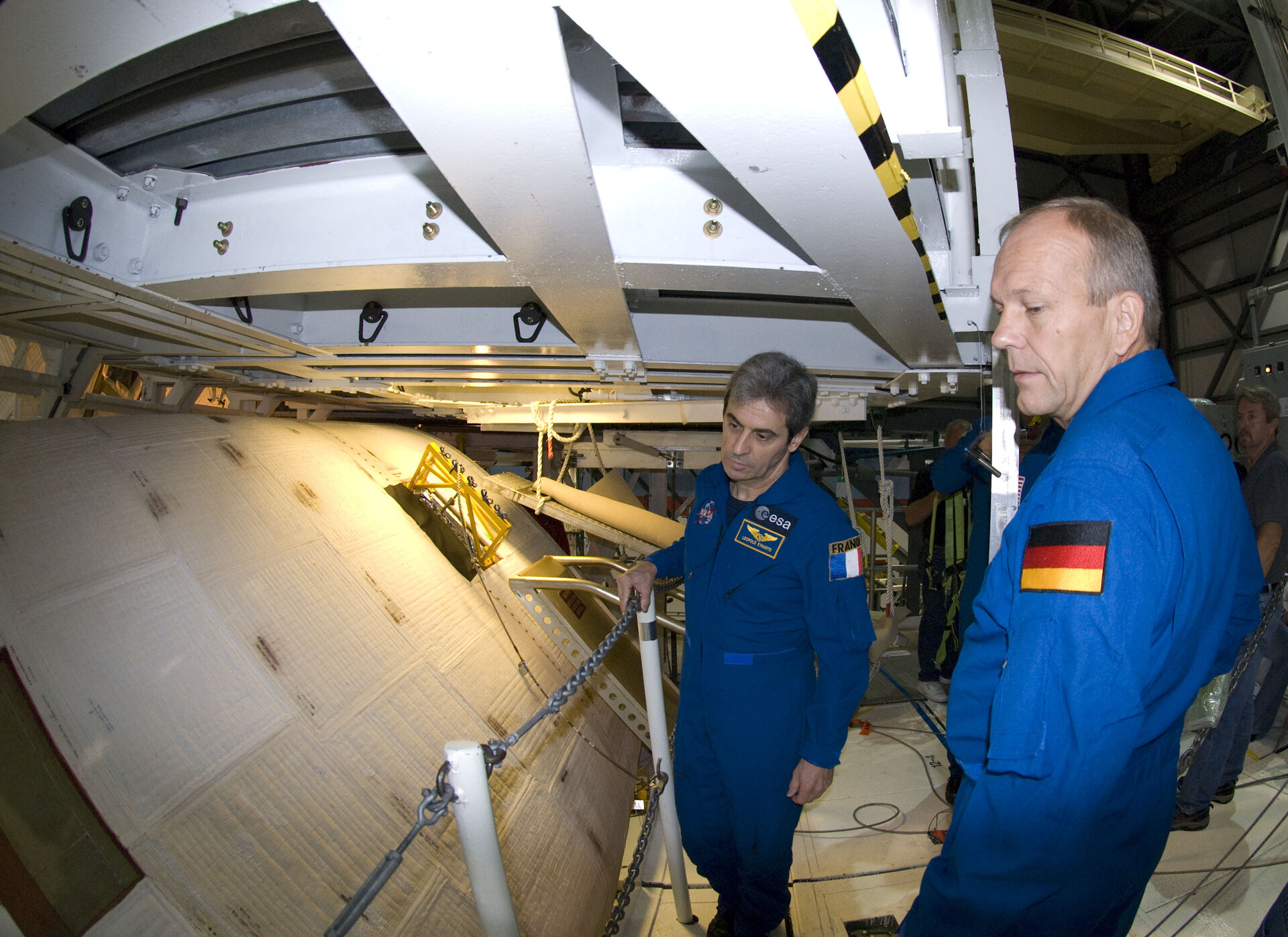 ESA astronauts Leopold Eyharts (left) and Hans Schlegel (right) inspect Space Shuttle Atlantis at NASA Kennedy Space Center, Florida. The two ESA astronauts are currently preparing for the STS-122 mission to the International Space Station to install the European Columbus laboratory. Columbus is under preparation at KSC for launch into orbit with Space Shuttle Atlantis. Schlegel is a member of the STS-122 crew, whilst Eyharts will fly to the International Space Station onboard Atlantis where he will join the Expedition 16 crew.