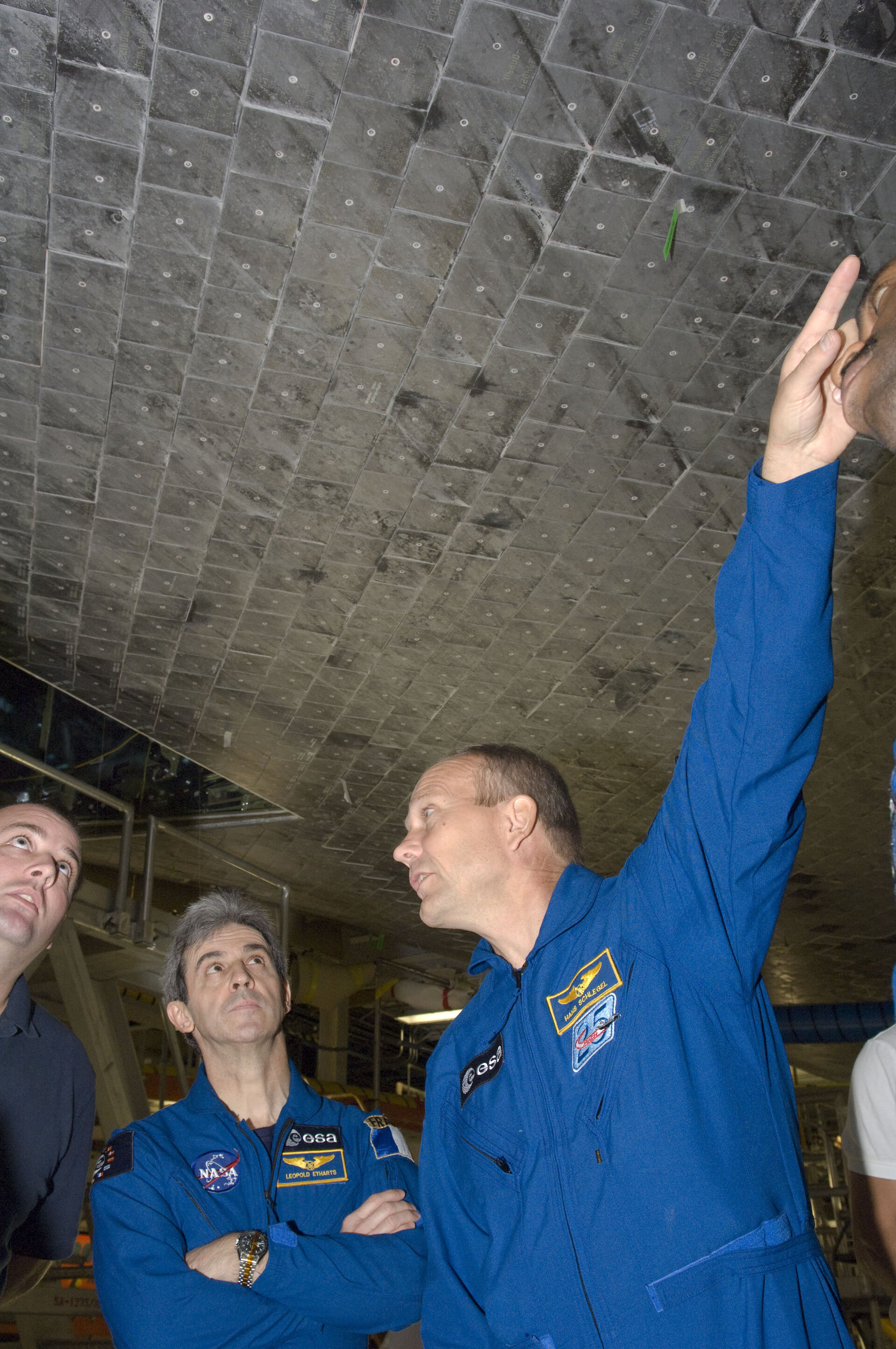 ESA astronauts Leopold Eyharts (centre) and Hans Schlegel (right) inspect the tiles on Space Shuttle Atlantis at NASA Kennedy Space Center, Florida. The two ESA astronauts are currently preparing for the STS-122 mission to the International Space Station to install the European Columbus laboratory. Columbus is under preparation at KSC for launch into orbit with Space Shuttle Atlantis. Schlegel is a member of the STS-122 crew, whilst Eyharts will fly to the International Space Station onboard Atlantis where he will join the Expedition 16 crew.