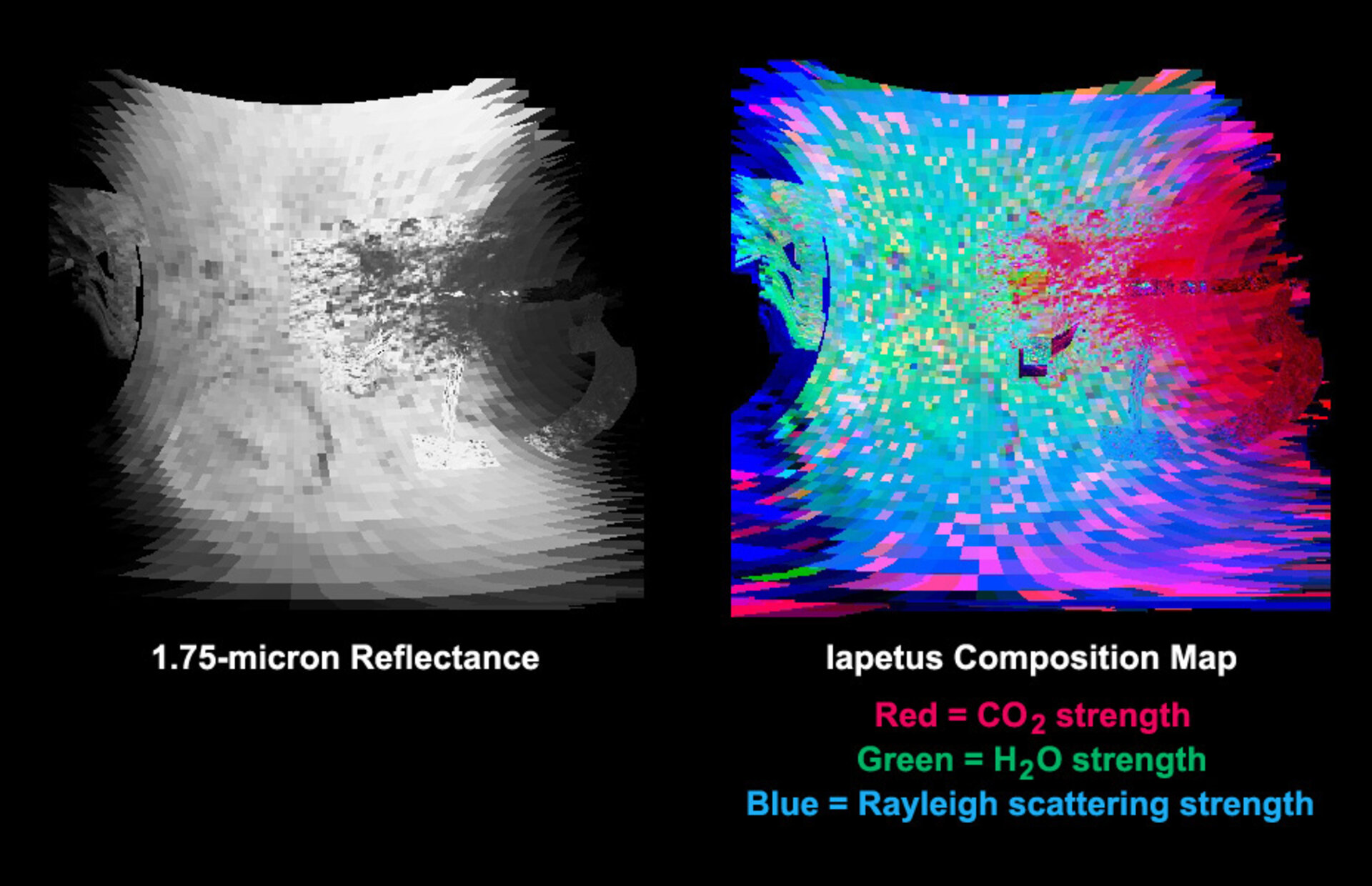 Cassini made a close flyby of Saturn's moon Iapetus on 10 September 2007, and the visual and infrared mapping spectrometer obtained these images during that event.

The equatorial region includes the equatorial bulge which shows no differences in these compositions compared to surrounding regions.

The color image on the right shows the results of mapping for three components of Iapetus' surface: carbon dioxide that is trapped or adsorbed in the surface (red), water in the form of ice (green), and a newly-discovered effect due to trace amount of dark particles in the ice creating what scientists call Rayleigh scattering (blue). The Rayleigh scattering effect is the main reason why the Earth's sky appears blue.

There is a complex transition zone from the dark region, on the right, which is high in carbon dioxide, to the more ice-rich region on the left. Some crater floors are filled with carbon dioxide-rich dark material. As the ice becomes cleaner to the left, the small dark particles become more scattered and increase the Rayleigh scattering effect, again indicative of less than 2 percent dark sub-0.5-micron particles.

The visual and infrared mapping spectrometer is like a digital camera, but instead of using three colors, it makes images in 352 colors, or wavelengths, from the ultraviolet to the near-infrared. The many wavelengths produce a continuous spectrum in each pixel, and these spectra measure how light is absorbed by different materials. By analyzing the absorptions expressed in each pixel, a map of the composition at each location on the moon can be constructed.