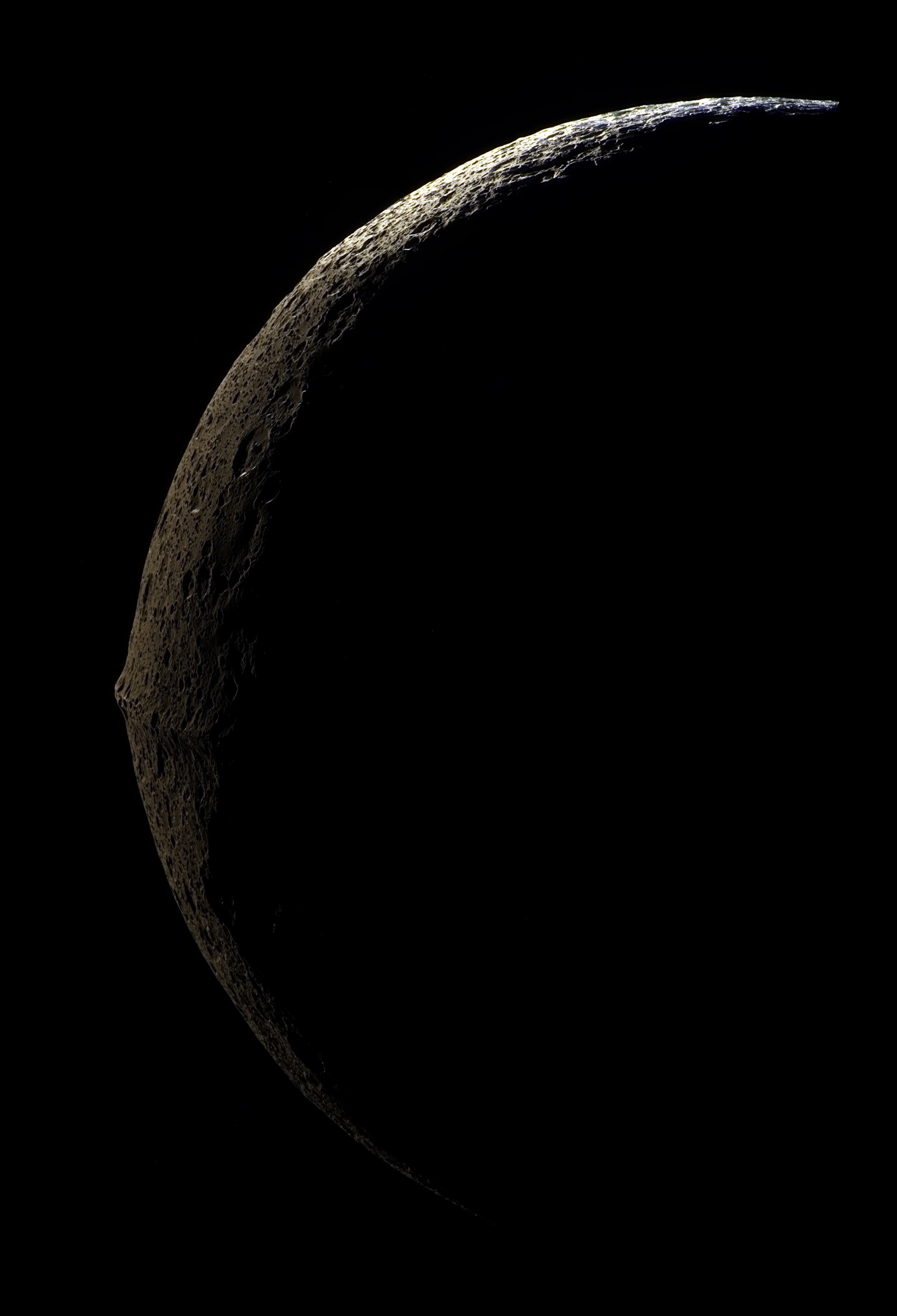 The slim crescent of Iapetus looms before the Cassini spacecraft as it approaches the mysterious moon.

Iapetus, 1468 kilometers across, seen here in false color, is unique in its dramatic variation in brightness between the northern polar region and the middle and low latitudes. Equally prominent is the moon's equatorial ridge of towering mountains.

The mosaic consists of four image footprints across the surface of Iapetus and has a resolution of 489 metres per pixel.

A full-resolution clear filter image was combined with half-resolution images taken with infrared, green and ultraviolet spectral filters (centered at 752, 568 and 338 nanometres, respectively) to create this full-resolution false color mosaic.

The color seen in this view represents an expansion of the wavelength region of the electromagnetic spectrum visible to human eyes. The intense reddish-brown hue of the dark material is far less pronounced in true color images. The use of enhanced color makes the reddish character of the dark material more visible than it would be to the naked eye. In addition, the scene has been brightened to improve the visibility of surface features.

This view was acquired with the Cassini spacecraft narrow-angle camera on 10 September 2007, at a distance of about 83 000 kilometers from Iapetus.