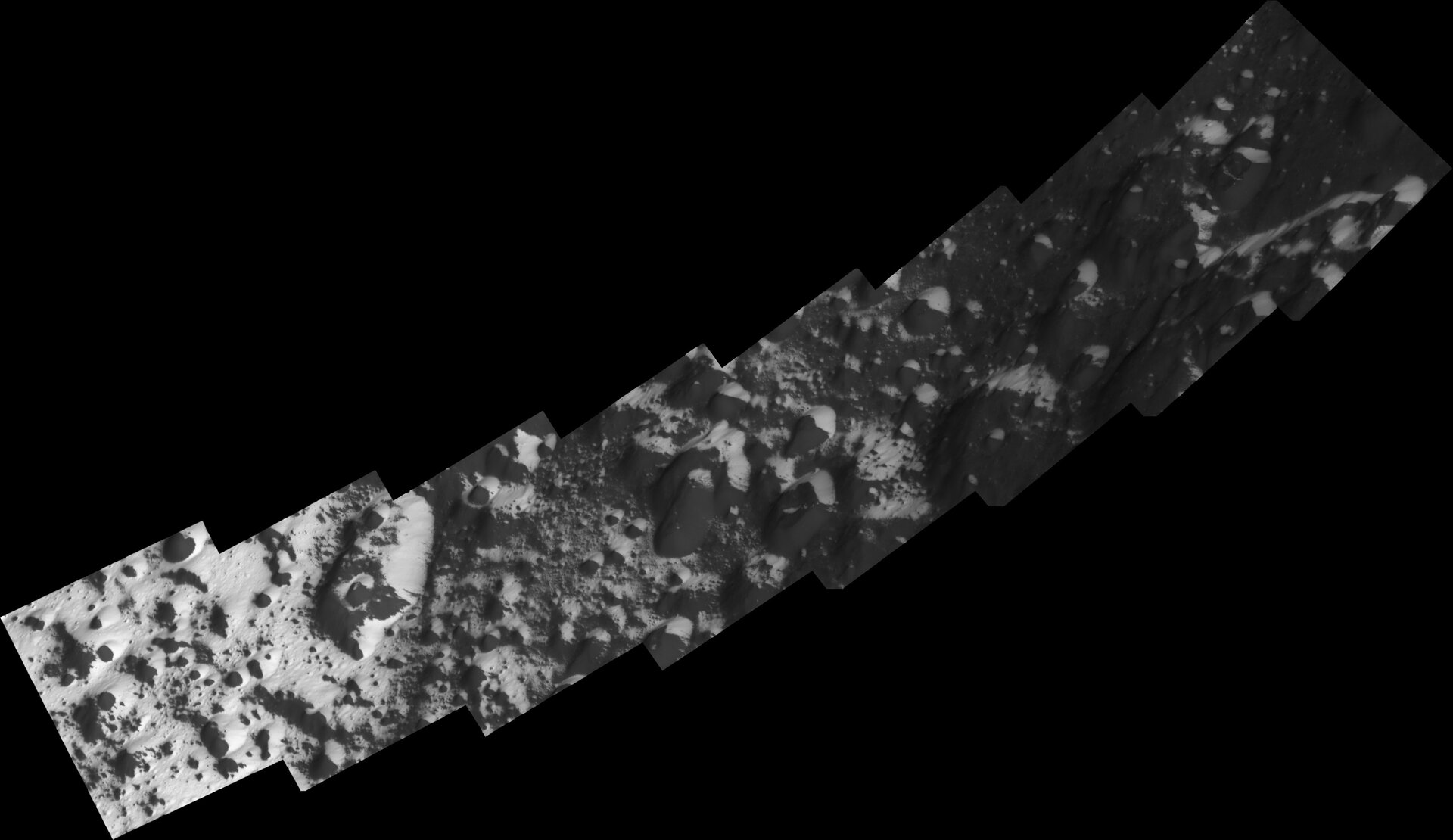 Soaring above the alien, icy wastelands of Saturn's moon Iapetus, NASA's Cassini spacecraft captured a series of high-resolution images of the transition region from dark to bright terrain at southern middle latitudes that have been mosaicked together in this view.

An important characteristic of the terrain in the boundary region is that the isolated bright patches are mainly found on slopes facing toward the bright trailing hemisphere or toward the south pole. The same polarity is found within the bright terrain, where the dark material can be seen at the bottom of craters and on equator-facing slopes. These indicate that thermal effects are at play in painting the surface of Iapetus, 1468 kilometres across.

The mosaic consists of eight image footprints across the surface of Iapetus. The view is centered on terrain near 38.6° south latitude, 171.3° west longitude. Image scale is approximately 52 metres per pixel.

The clear spectral filter images in this mosaic were obtained with the Cassini spacecraft narrow-angle camera on 10 September 2007, at a distance of approximately 5000 kilometres from Iapetus.