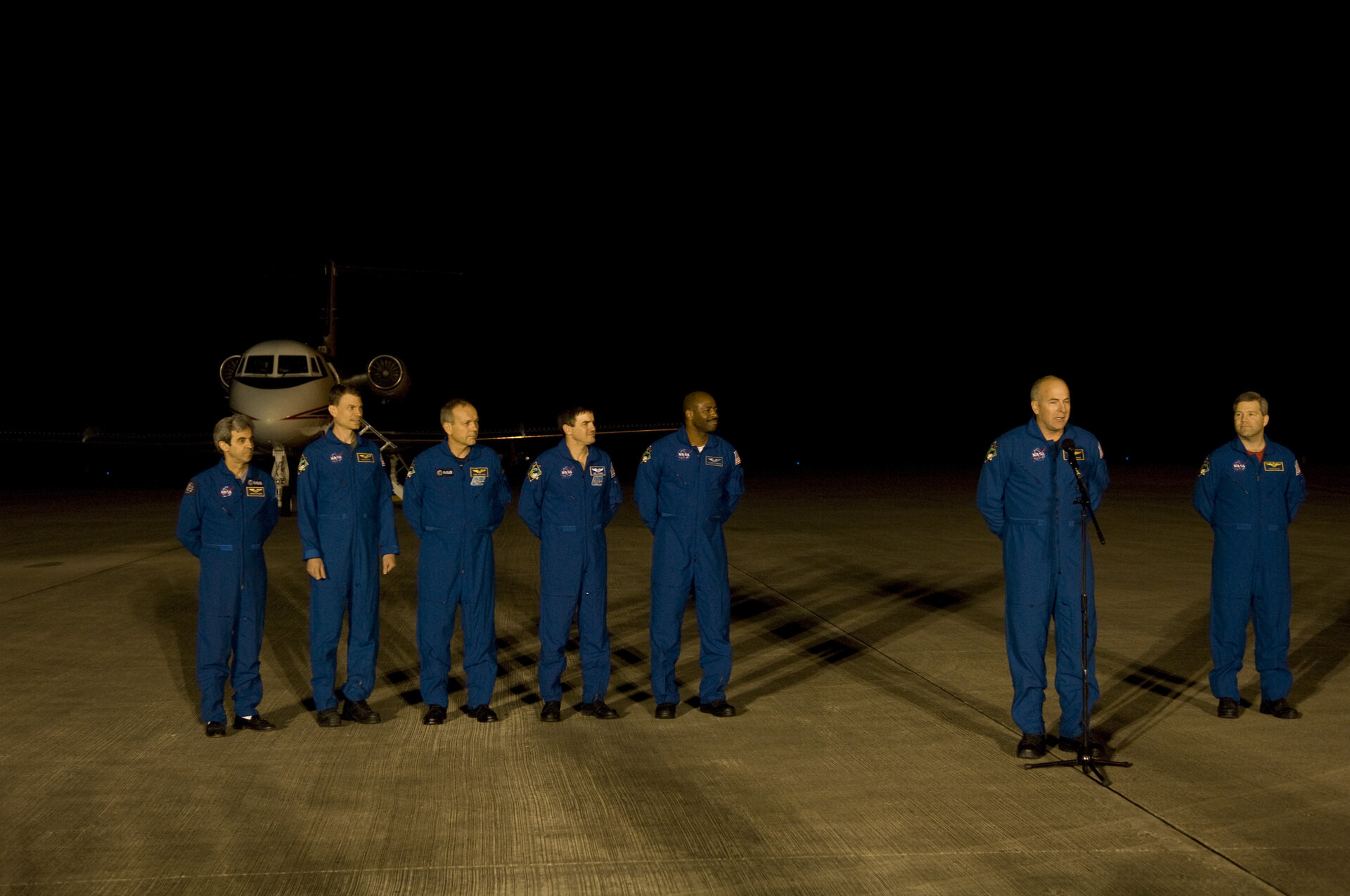 NASA's astronaut Alan Poindexter gives a short media speech before after arriving for final training at NASA's Kennedy Space Center, in Cape Canaveral, Florida, in November 2007, in preparation for the STS-122 space shuttle mission to the International Space Station (ISS).