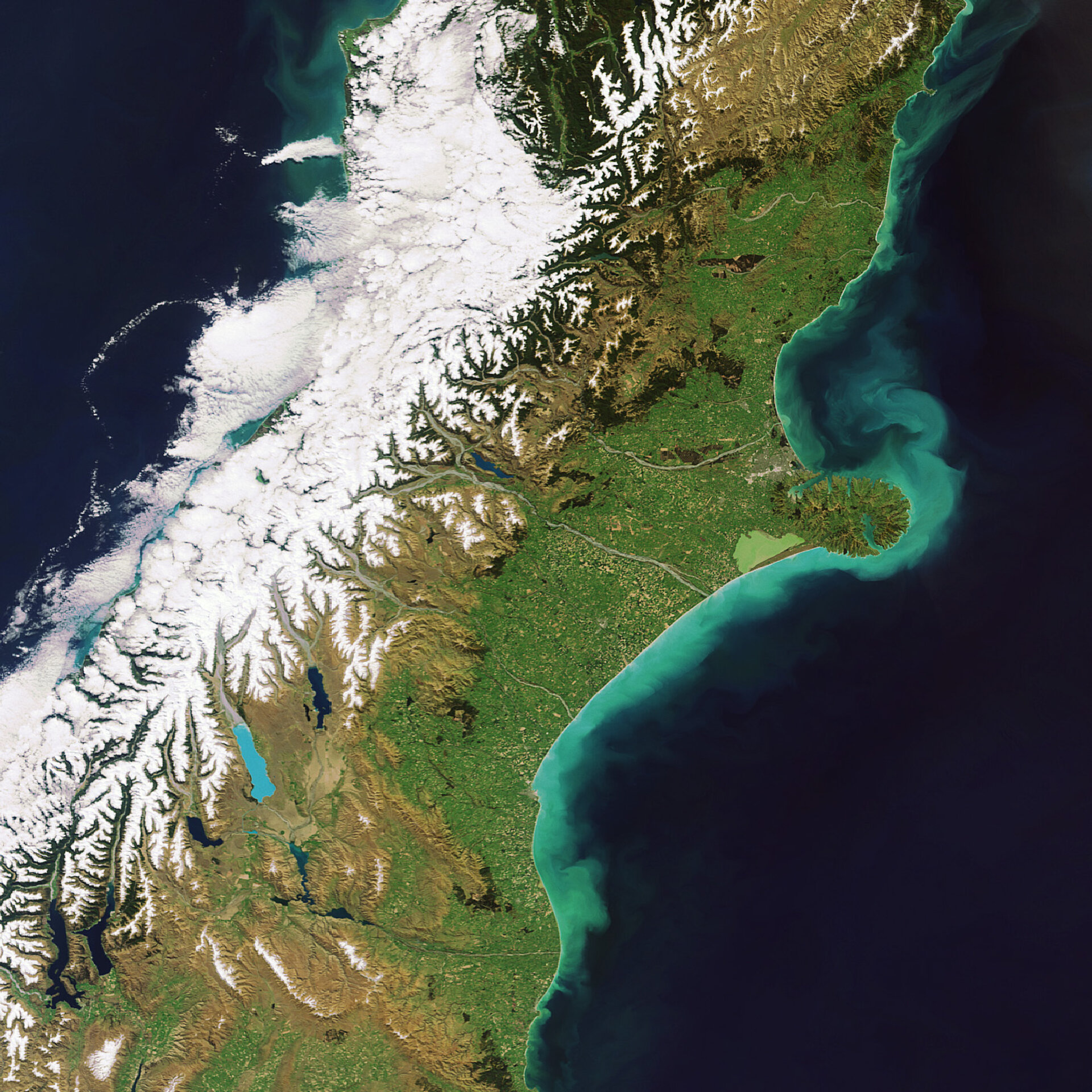 Envisat captures the Canterbury region of the South Island of New Zealand. The roughly circular peninsula extending 48 km into the Pacific Ocean on Canterbury’s east coast is Banks Peninsula, which was created by two adjacent volcanic cones that were active less than half a million years ago.
Image acquired by the Medium Resolution Imaging Spectrometer (MERIS) instrument aboard ESA’s Envisat on 28 October 2007.