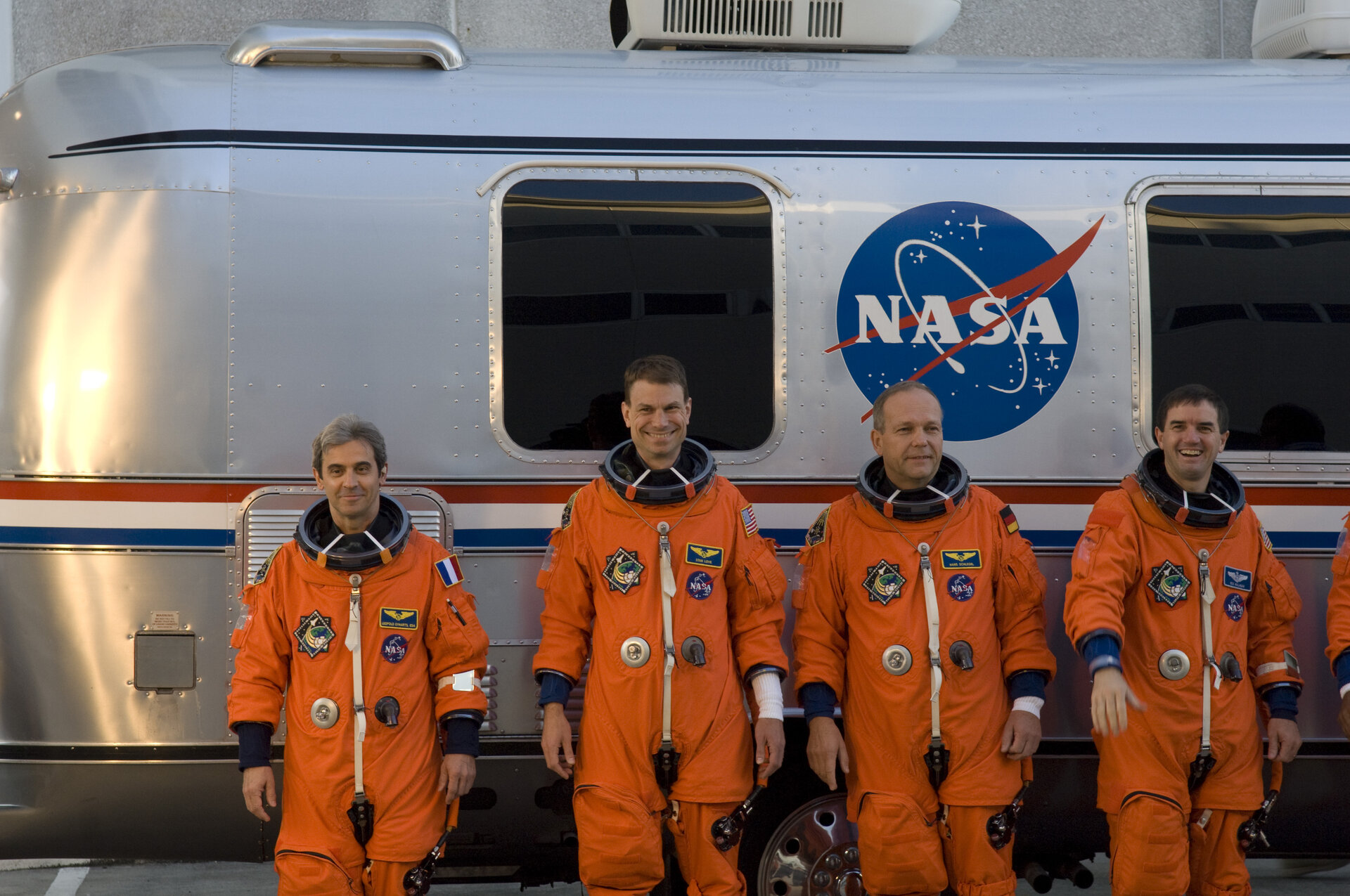 Crewmembers of the STS-122 shuttle mission during the practice countdown at NASA's Kennedy Space Center, Florida