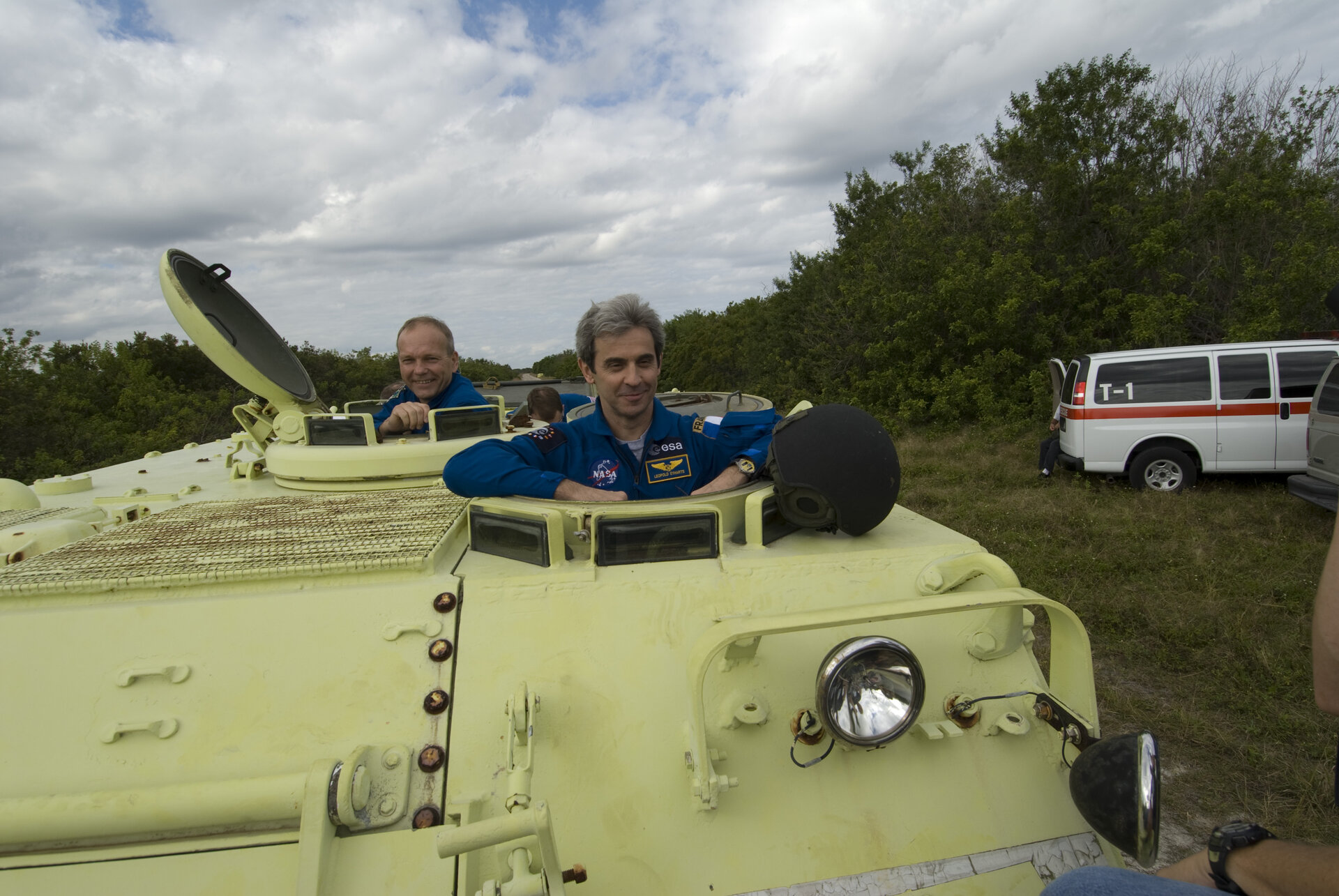 ESA astronauts Leopold Eyharts and Hans Schlegel inside an emergency evacuation vehicle near the launch pad area at NASA's Kennedy Space Center, in Cape Canaveral, Florida, in November 2007, in preparation for the STS-122 space shuttle mission to the International Space Station (ISS).