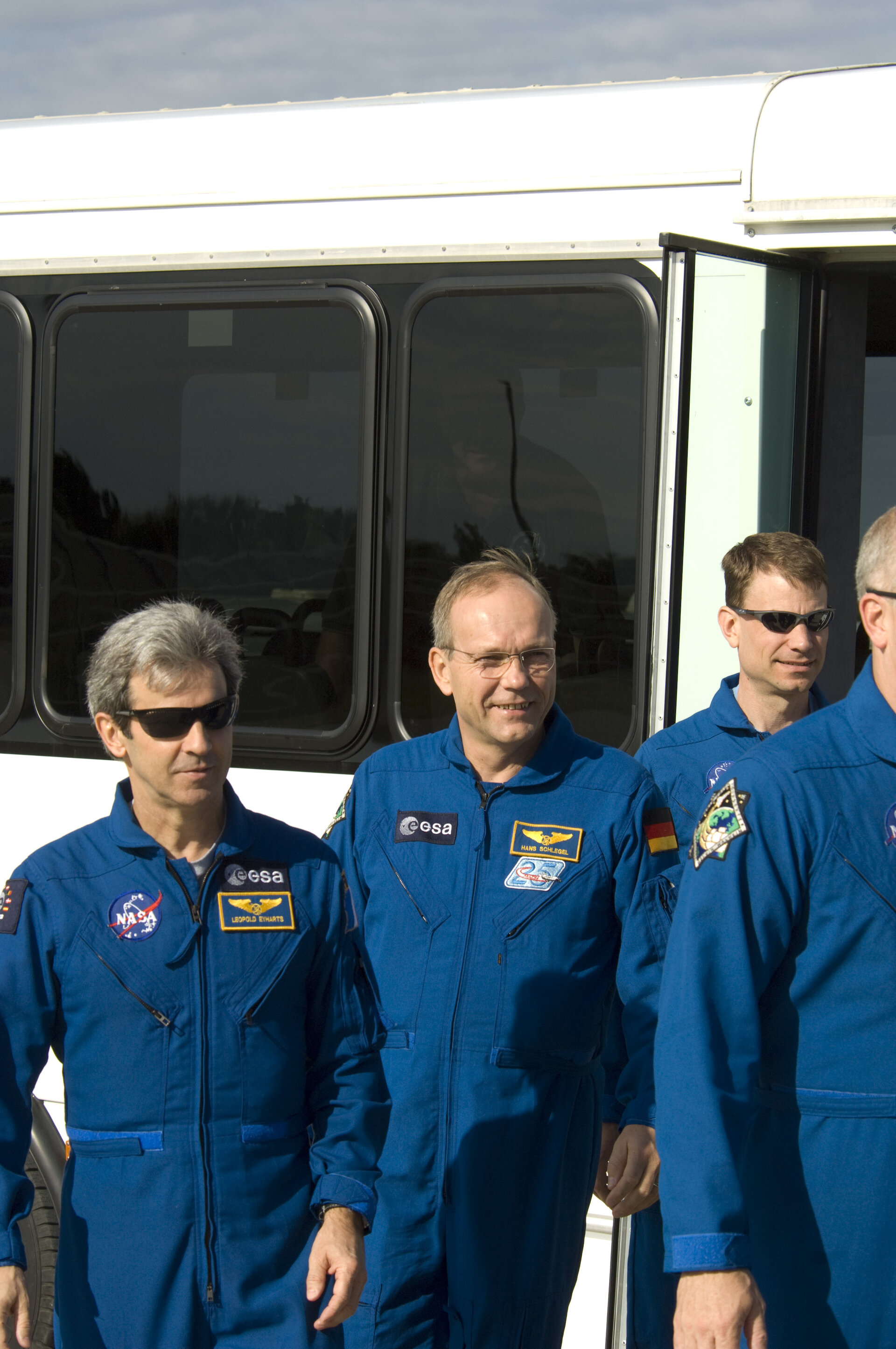 European astronauts Léopold Eyharts, from France, and Hans Schlegel, from Germany, during final training at NASA's Kennedy Space Center, in Cape Canaveral, Florida, in November 2007, in preparation for the STS-122 space shuttle mission to the International Space Station (ISS).