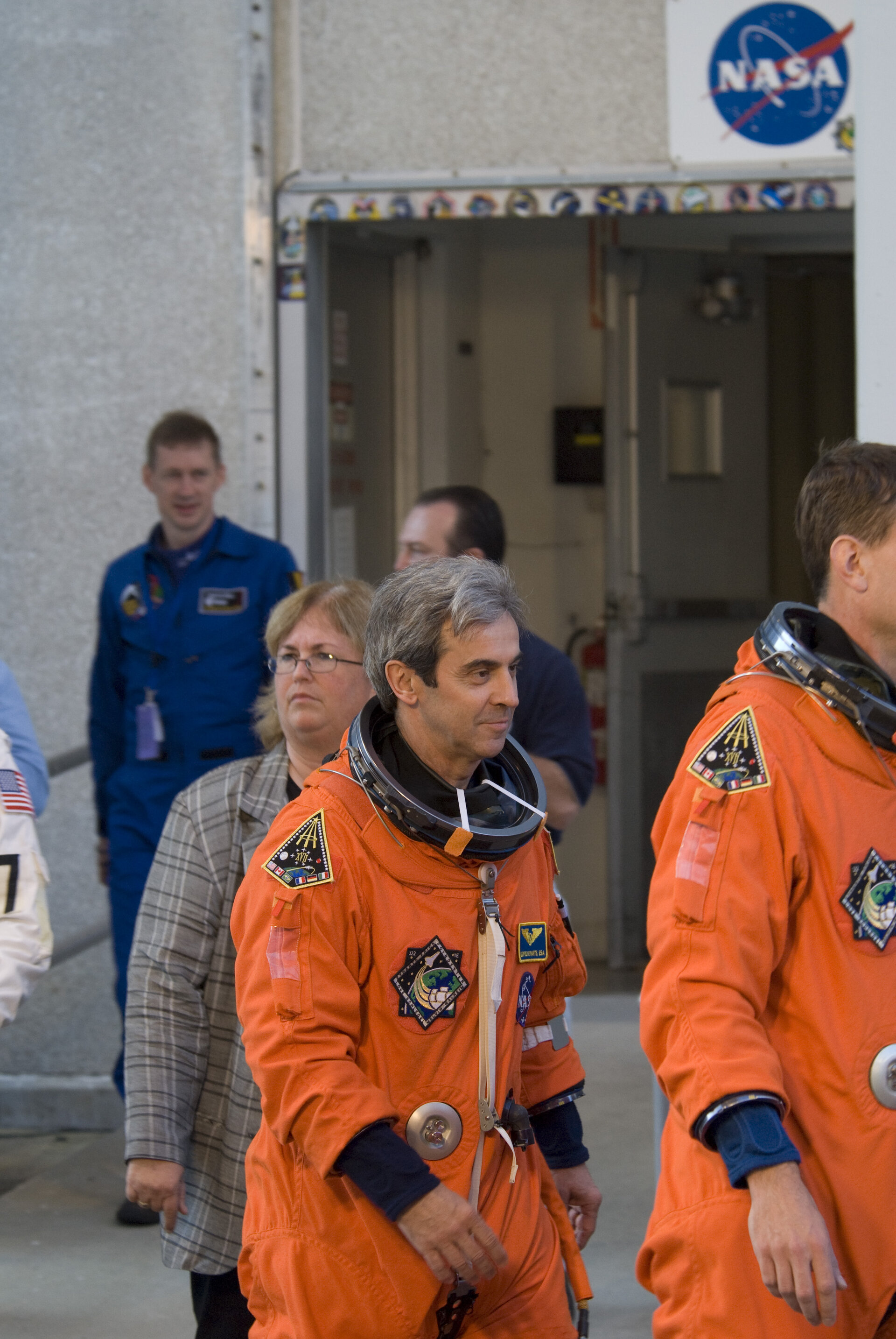 Léopold Eyharts and the STS-122 crew during the practice countdown at NASA's Kennedy Space Center, Florida