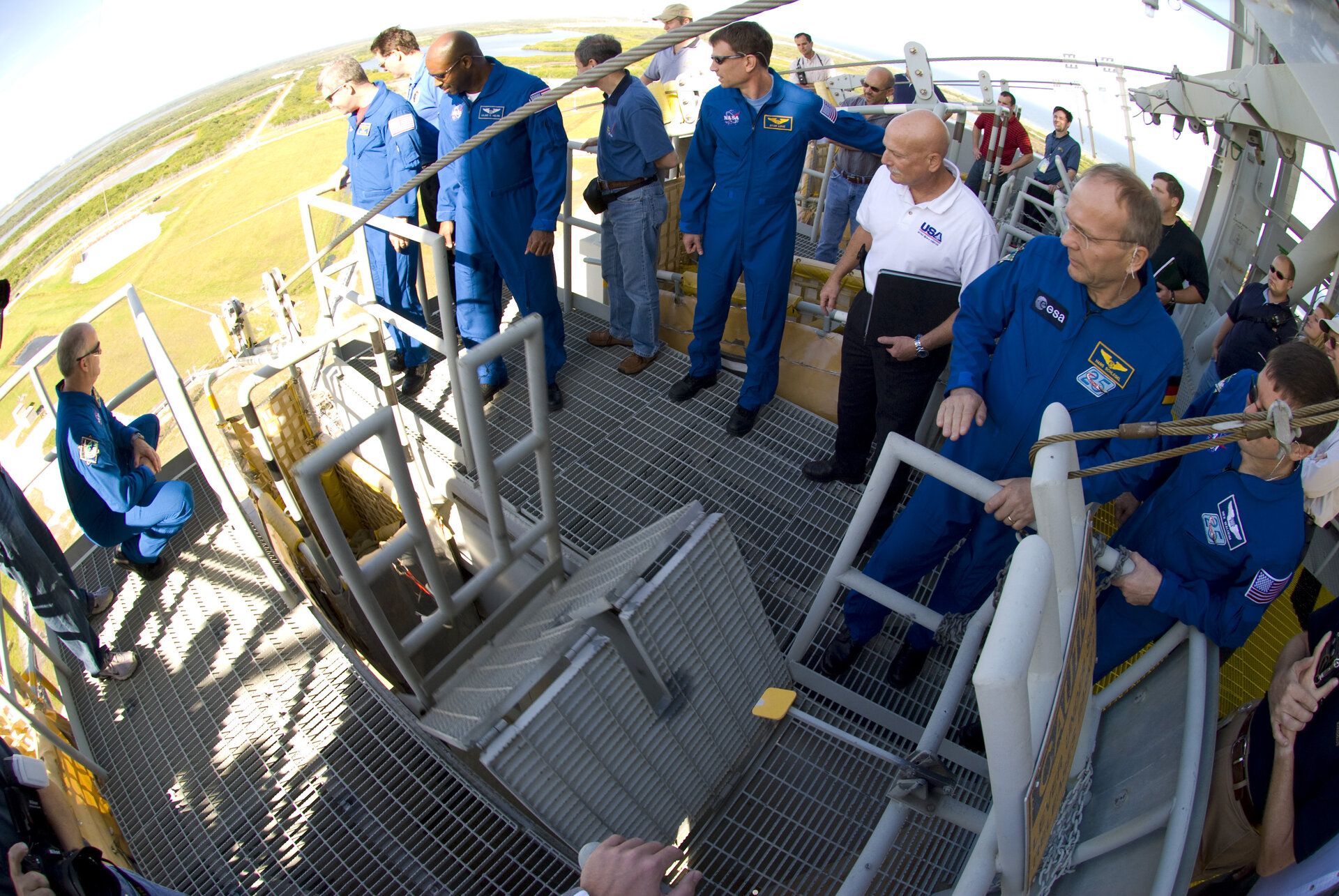 STS-122 mission crew learn how to use the slidewire baskets during final training at NASA's Kennedy Space Center, in Cape Canaveral, Florida, in November 2007, in preparation for the STS-122 space shuttle mission to the International Space Station (ISS).

The crew is participating in Terminal Countdown Demonstration Test activities, a standard part of launch preparations. The TCDT provides astronauts and ground crews with equipment familiarisation, emergency egress training and a simulated launch countdown. The slidewire baskets are used to evacuate the launch pad in the case of an emergency. STS-122 will deliver European Columbus laboratory to the International Space Station.