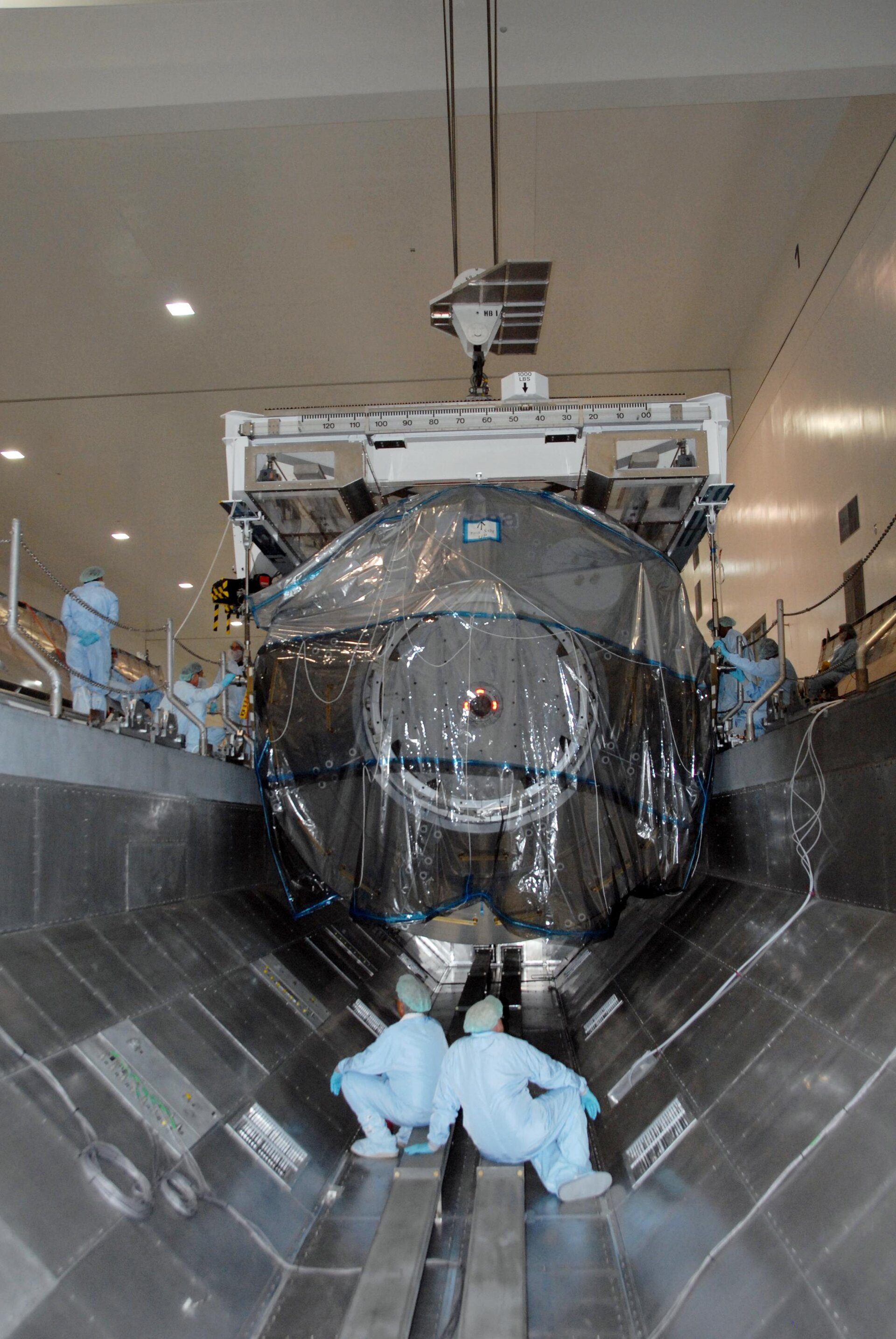 The European Columbus laboratory is lowered into the payload canister

KENNEDY SPACE CENTER, FLA. -- In the Space Station Processing Facility at NASA's Kennedy Space Center, technicians inside the payload canister monitor movement of the Columbus Laboratory module as it is lowered into the canister. The canister will transport the module and other payloads to Launch Pad 39A in preparation for its journey to the International Space Station. The European Space Agency 's largest single contribution to the International Space Station, Columbus will expand the research facilities of the station, providing crew members and scientists around the world the ability to conduct a variety of life, physical and materials science experiments. The module is scheduled to be transferred to Launch Pad 39A in early November, in preparation for its journey to the station. Columbus will fly aboard Space Shuttle Atlantis on the STS-122 mission, targeted for launch 6 December.