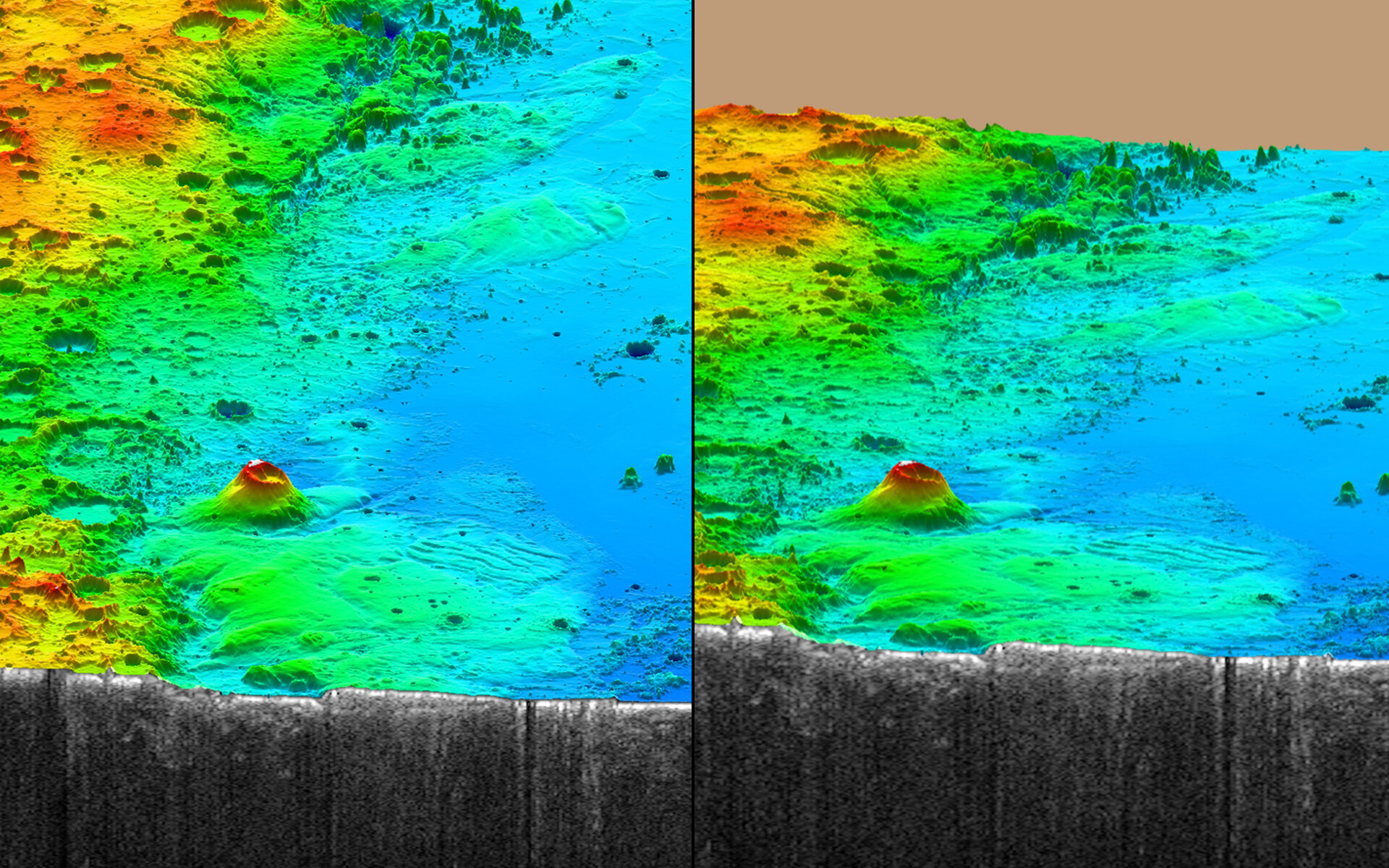 Topographic divide between the Martian highlands and lowlands

The images show the topographic divide between the Martian highlands and lowlands. The mysterious deposits of the Medusae Fossae Formation are found in the lowlands along the divide. The radar sounder on ESA's Mars Express orbiter, MARSIS, has revealed echoes, in the image to the right, from the lowland plains buried by these mysterious deposits.