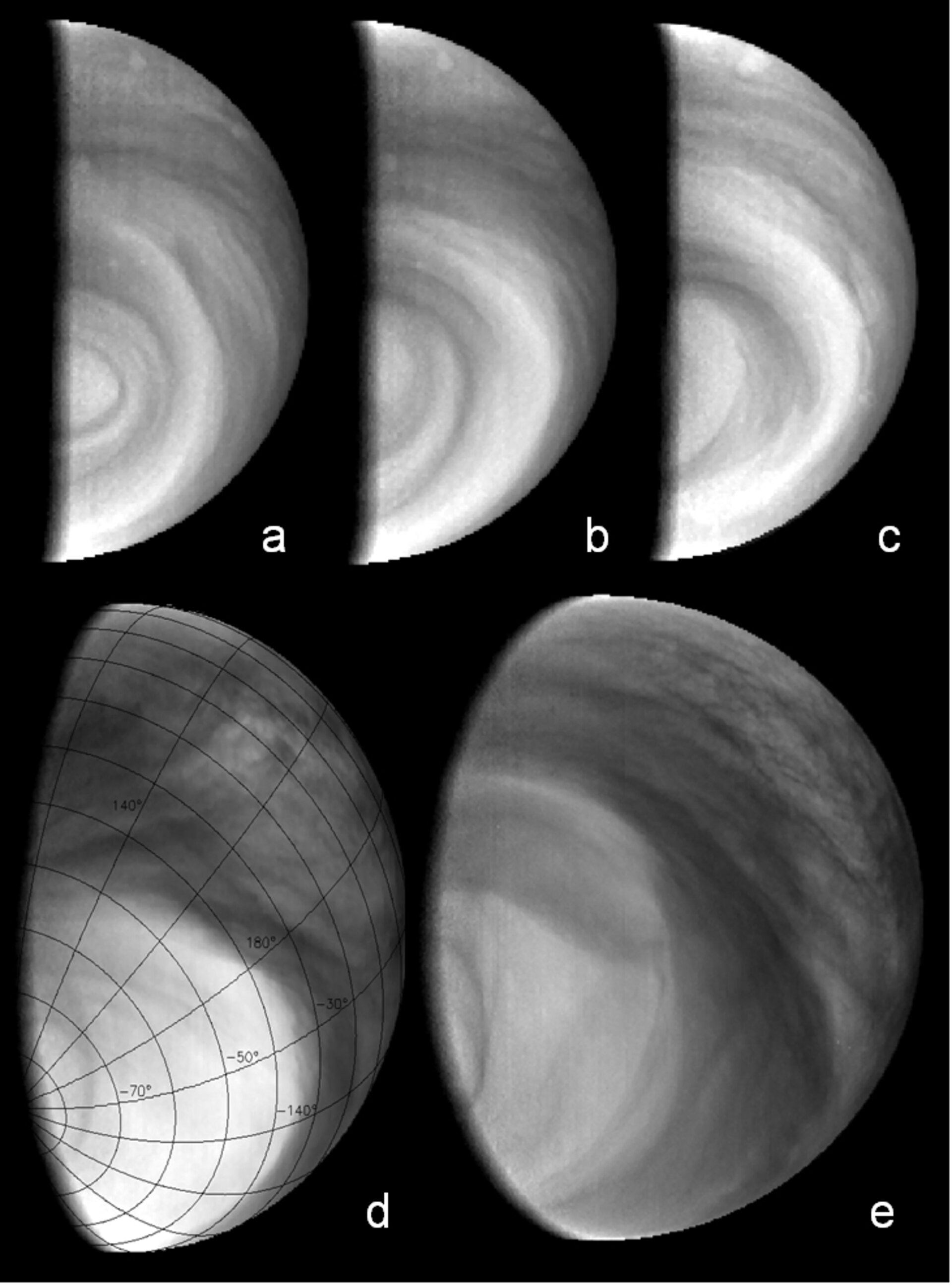 Variable clouds and hazes at Venus

This is a composite of several ultraviolet (365-nanometre) images taken with the Venus Monitoring Camera (VMC) on board ESA’s Venus Express.

These images show variability of the clouds and hazes in Venus’ south polar region.

The south pole is at the terminator in the bottom-left of the images. Super-rotation, a phenomenon where cloud layers on Venus rotate much faster than the surface below, is in the anticlockwise direction. The period of super-rotation varies between three and five days, depending on the latitude.

The images a, b and c in the top row were taken between 27 and 30 June 2006, at a distance of about 65 000 km from the planet. It is obvious from the pictures that the near-polar features vary from one day to another.

An extreme case of such variability is shown in Figure d (obtained on 13 January 2007, from 35 000-km distance). The bright haze located above the absorbing cloud layer has expanded to 35º south and has also become denser, masking all features except the oval. This dense haze disappeared within a day, probably due to very quick coagulation of aerosols making up the haze. The figure in panel e (obtained on 27 December 2006, from 38 000 km) shows the full view of the southern hemisphere from the equator (right) to the pole.