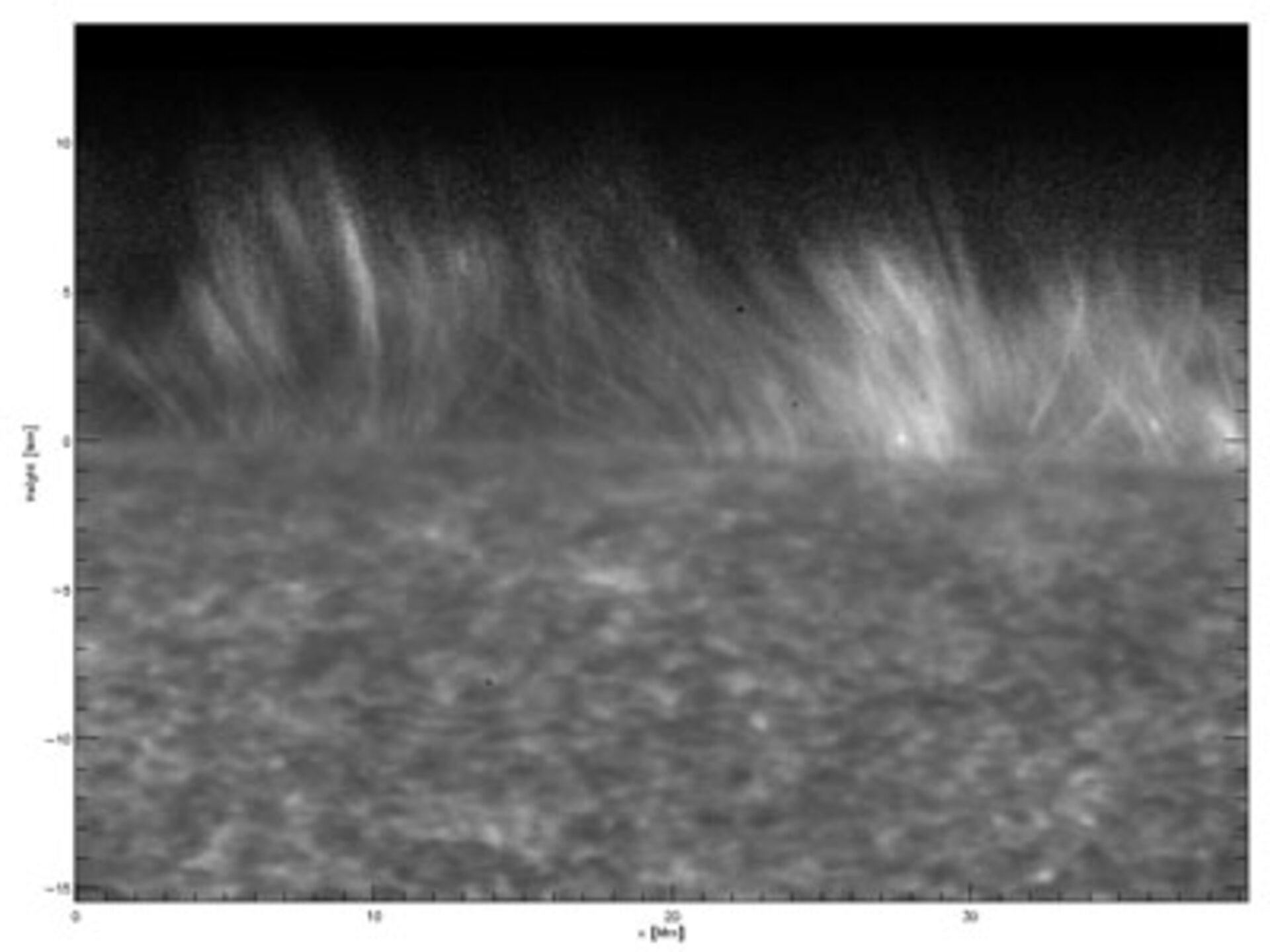 This movie shows observations from Hinode’s Solar Optical Telescope of a region at the south pole of the Sun on 19 March 2007. The region shown is as large as three times the diameter of Earth. The thin fountains of gas at the limb of the Sun are seen to form rapidly propelling matter upward, while moving transversely to their own long axis during their short lifetimes. These transverse motions are caused by Alfvén waves that have enough power to drive the solar wind. The movie is sped up by a factor of 100 compared to what happens on the Sun.