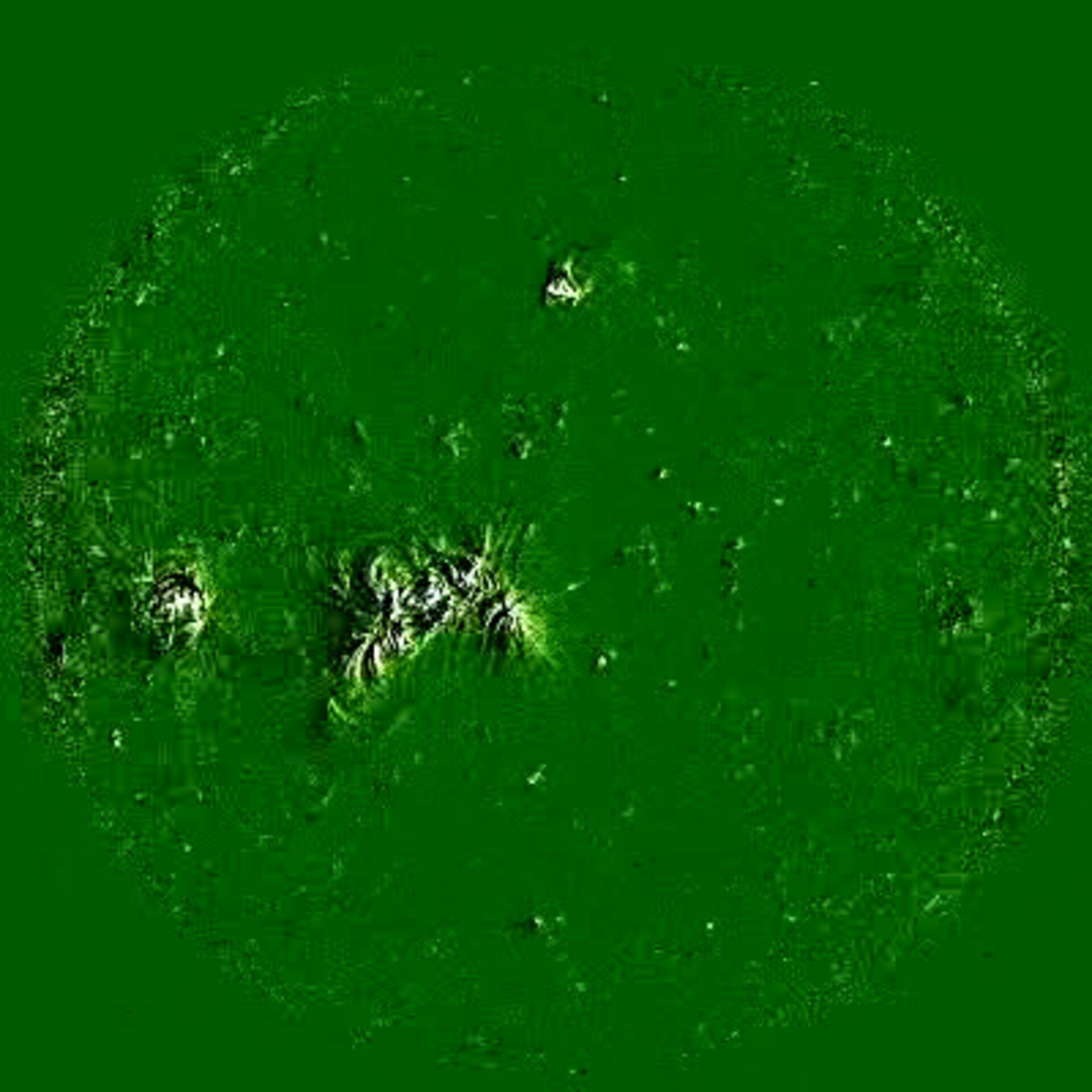 ‘Running difference’ visualisation of ‘EIT waves’ on the Sun - video

This clip is a so-called ‘running-difference’ movie version of the video obtained by SOHO’s EIT telescope on 6 and 7 January 2008: the differences between single frames were highlighted in order to see more easily the changes on the Sun’s surface observed by SOHO.

The movie shows the two ‘EIT waves’, a kind of solar storm that blasts out from an active region across a portion of the Sun’s surface, generated by the first sunspot of the new solar cycle.