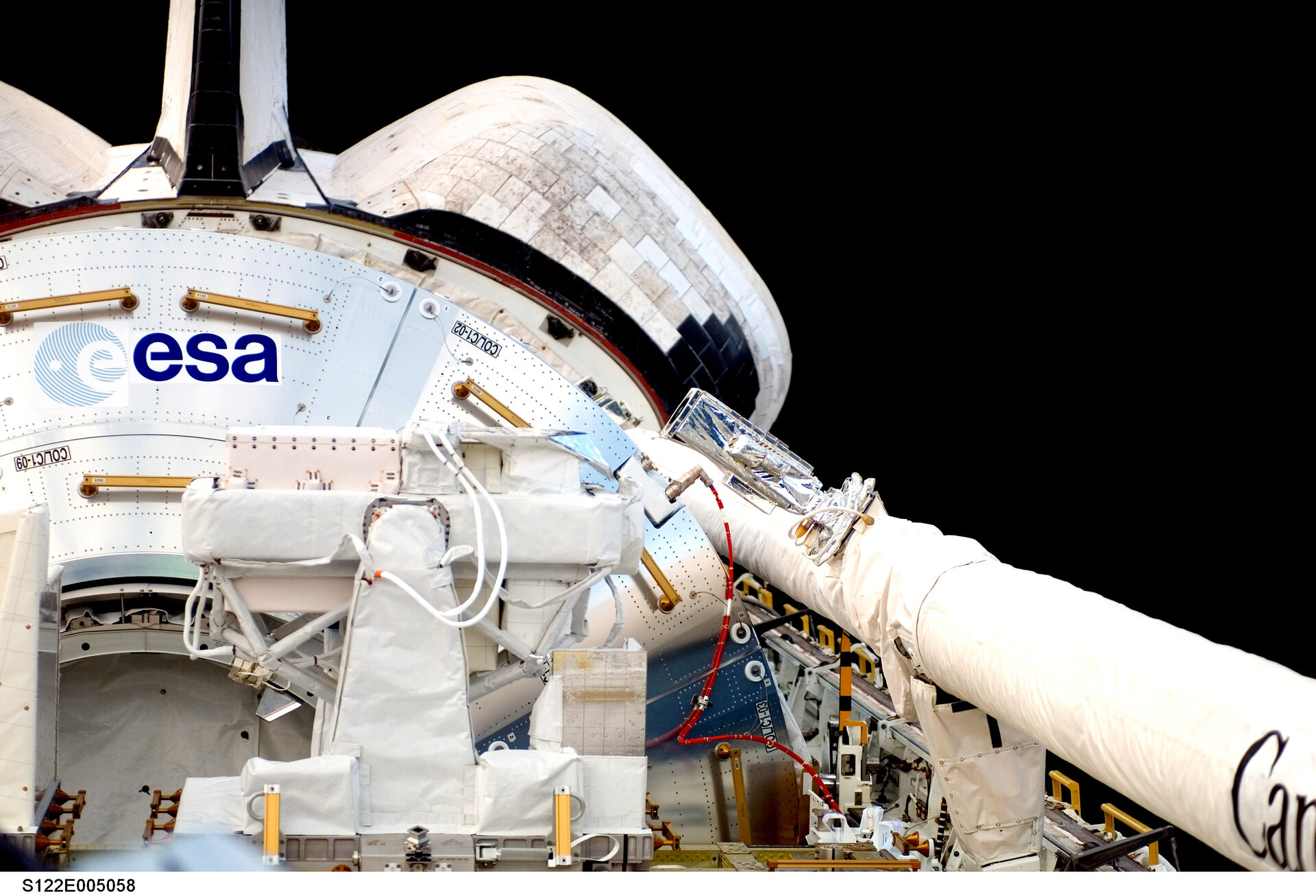 The European Columbus laboratory and its external SOLAR facility in Space Shuttle Atlantis' payload bay during the journey to the International Space Station. Columbus was installed on the starboard side of the Station's Harmony module on 11 February 2008. SOLAR was installed during the mission's third spacewalk and studyied our Sun until 15 February 2017 when it was shut down.

SOLAR is a combination of instruments which together measure the Sun’s output with unprecedented accuracy from the infrared to the ultraviolet. The experiment is run automatically from the ground and uses its sensors to measure the Sun’s temperature.