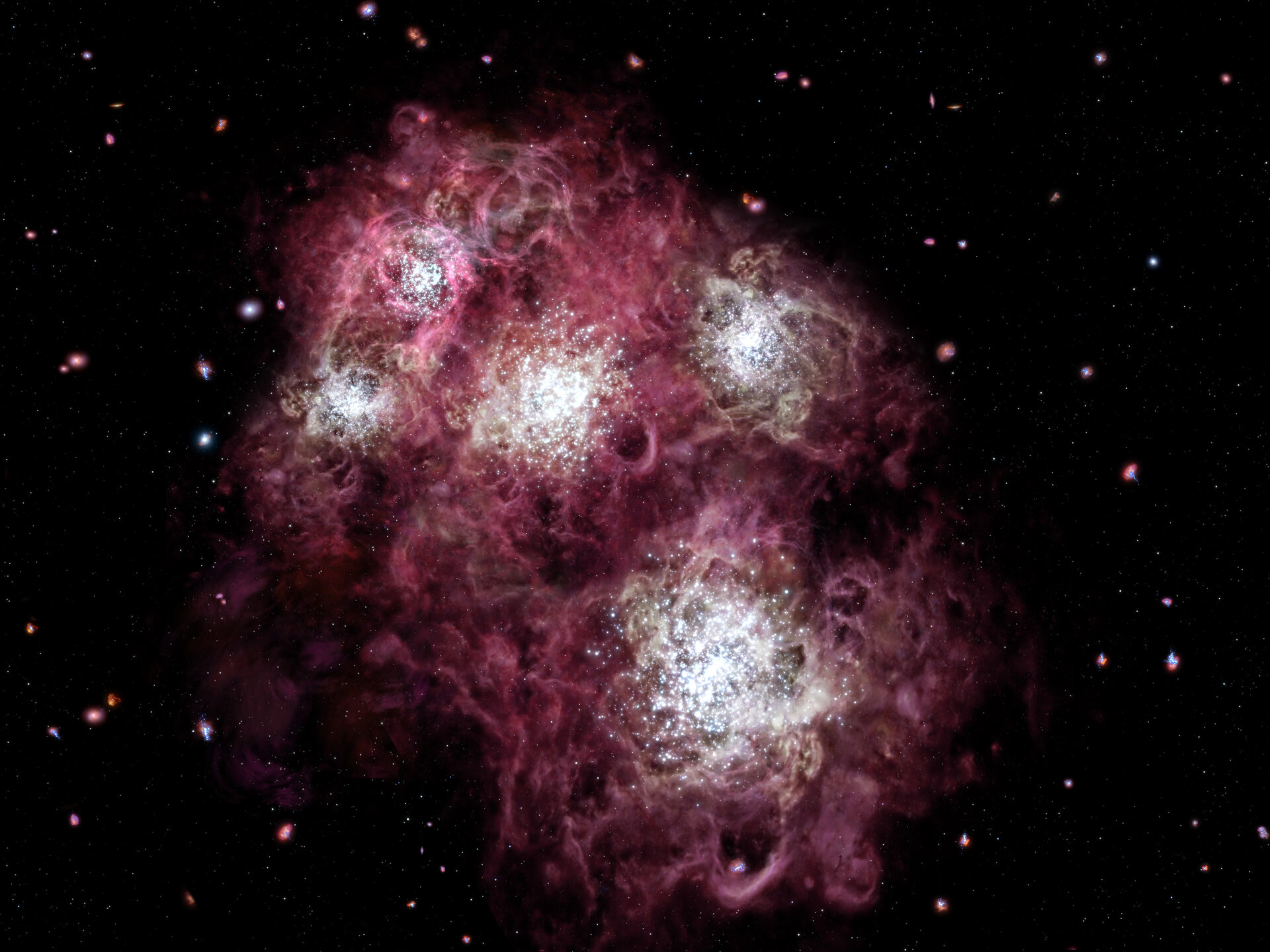 Artist's impression of a young galaxy

This is an artist's impression of an embryonic galaxy brimming with star birth in the early Universe, less than a thousand million years after the Big Bang. The galaxy is still taking shape and looks nothing like the majestic spiral and elliptical galaxies that are the near neighbours of our own Milky Way.

The illustration shows several tight clusters of stars coming to life. They are surrounded by glowing bubbles of hydrogen gas produced by massive stars erupting as supernovae. Young, developing galaxies can be seen in the background.
The Hubble Space Telescope has discovered a young star-forming galaxy similar to the one in this illustration. It was born just 700 million years after the Big Bang.