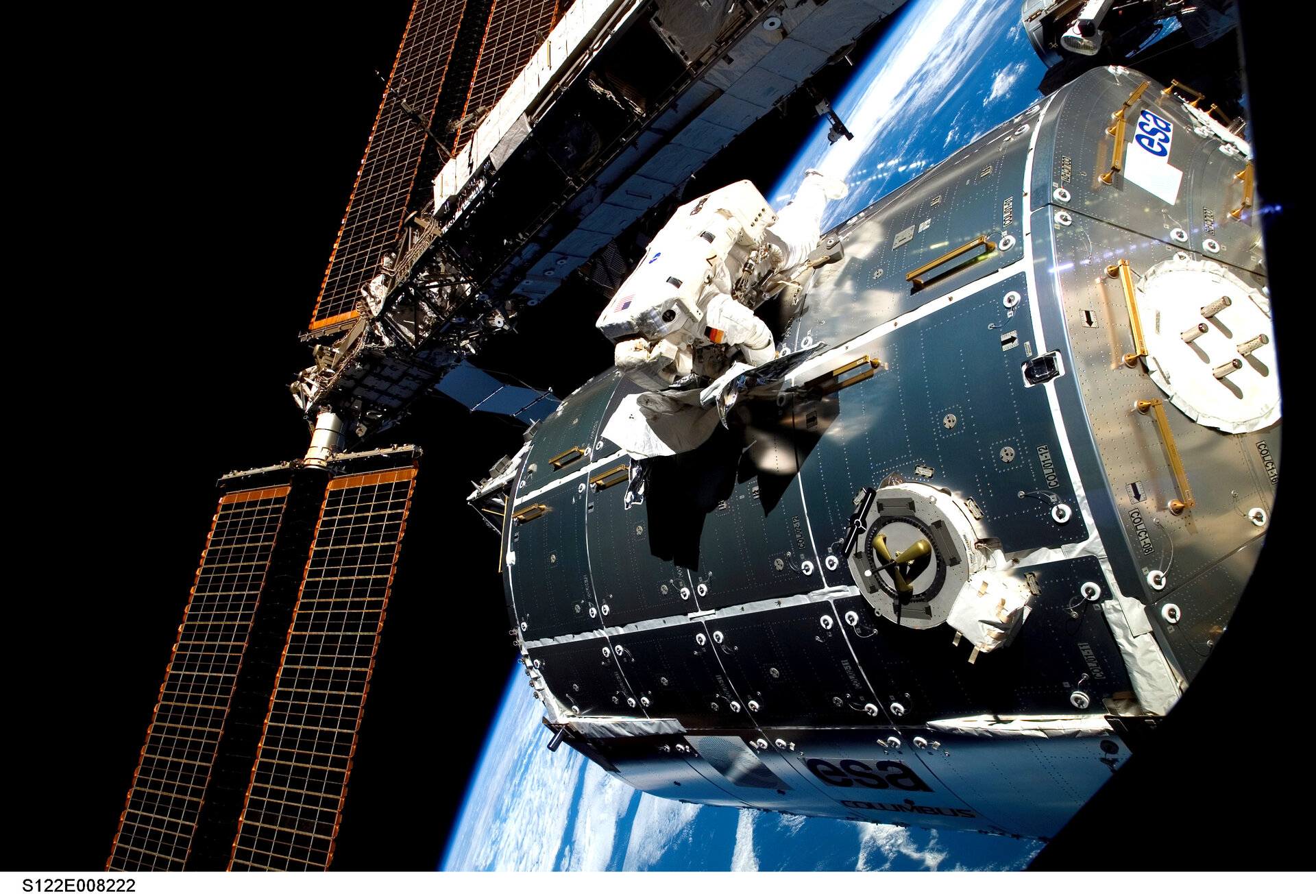 Hans and NASA astronaut Rex Walheim headed out of the International Space Station’s Quest Airlock on 13 February 2008. Their main task was to replace a nitrogen tank used to pressurise the Station's ammonia cooling system.