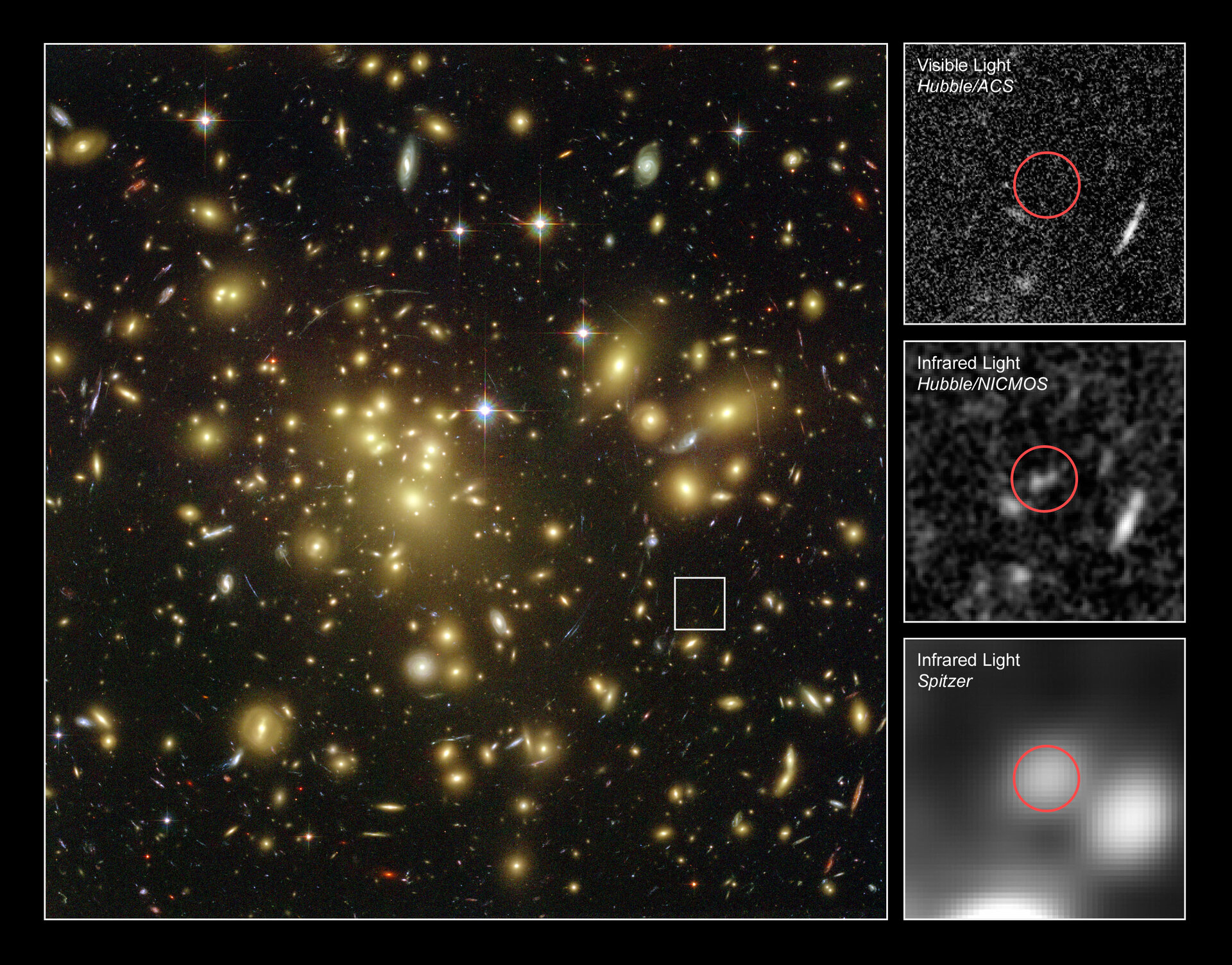 This Hubble image, taken with its Advanced Camera for Surveys (ACS) shows the galaxy cluster Abell 1689, which contains a million million stars in all. Its gravity acts as a cosmic lens, bending and magnifying the light of the galaxies located far behind it. This natural phenomenon is called gravitational lensing. Their light bent by the gravity of the cluster, the faraway galaxies appear as arc-shaped objects around it. The increased magnification allows astronomers to study remote galaxies in greater detail.

But one galaxy is so far away, that it does not show up in the optical image taken with the ACS (top, right). The light emitted by it is stretched to invisible infrared wavelengths due to the expansion of the universe.

Astronomers used Hubble's Near Infrared Camera and Multi-Object Spectrometer (NICMOS) and NASA's Spitzer Space Telescope with its Infrared Array Camera (IRAC) - with help from the gravitational lensing cluster - to see the faraway galaxy.

Dubbed A1689-zD1, the galaxy appears as a greyish-white smudge in the close-up view taken with Hubble's NICMOS (centre, right), and as a whitish blob in the Spitzer IRAC close-up view (bottom, right).

A1689-zD1 was born during the middle of the ‘dark ages’, a period in the early universe when the first stars and galaxies were just coming to life. This period lasted from about 400 000 to roughly a thousand million years after the Big Bang. Astronomers think that A1689-zD1 was one of the galaxies that helped end the dark ages.