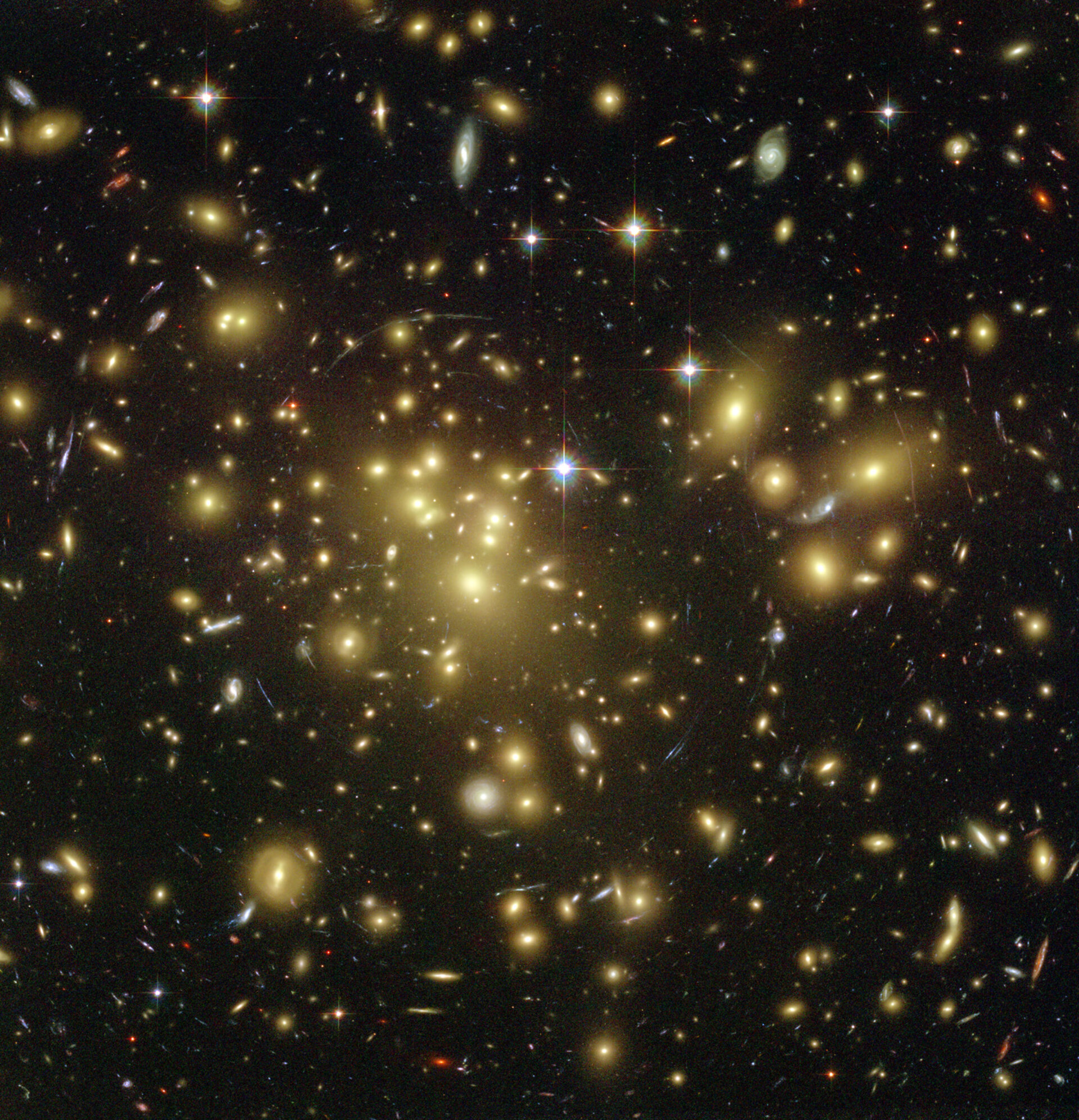 This Hubble image shows the galaxy cluster Abell 1689, which contains a million million stars in all. Its gravity acts as a cosmic lens, bending and magnifying the light of the galaxies located far behind it. This natural phenomenon is called gravitational lensing. Their light bent by the gravity of the cluster, the faraway galaxies appear as arc-shaped objects around it. The increased magnification allows astronomers to study remote galaxies in greater detail.