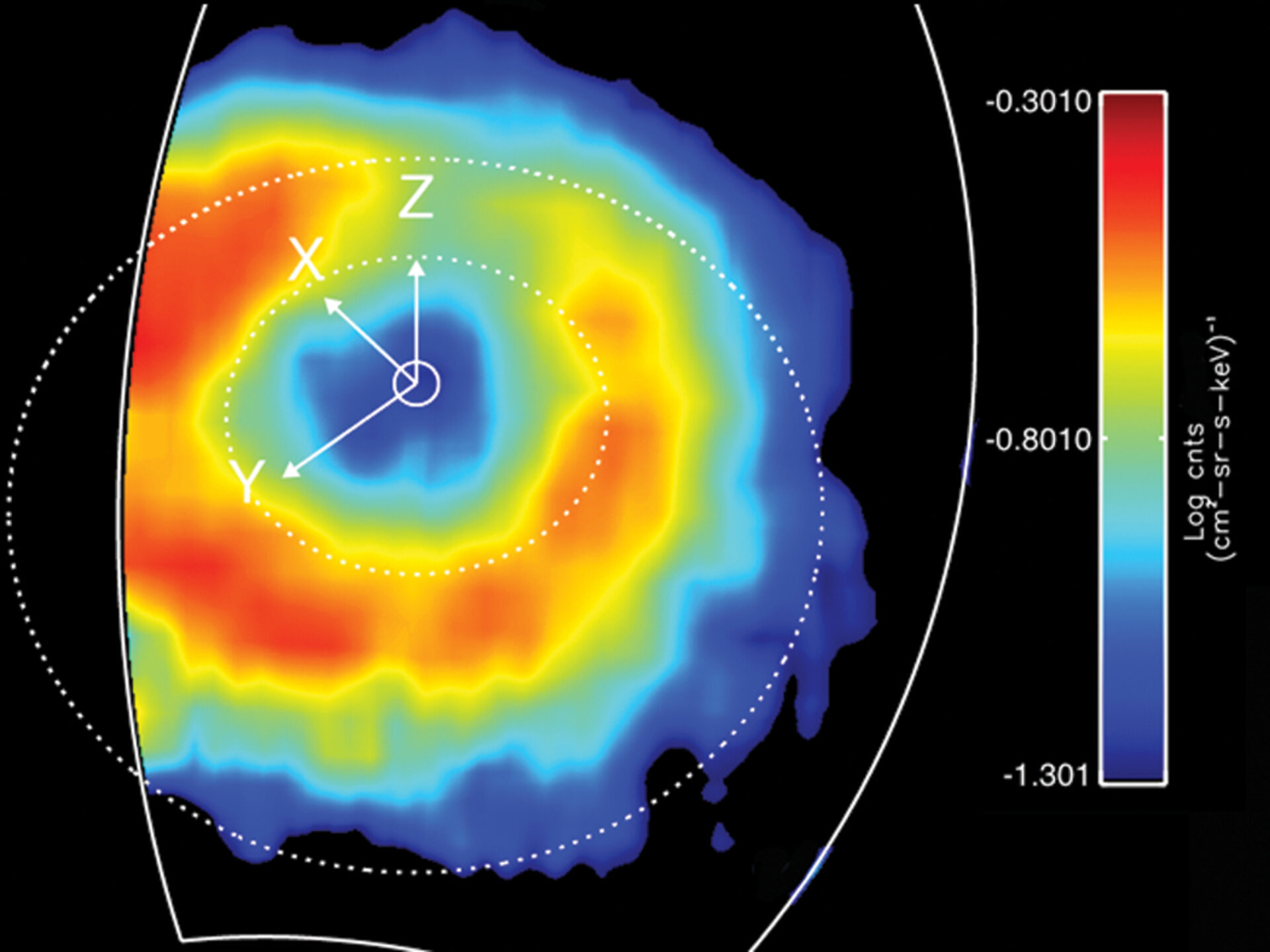 Like Earth, Saturn has an invisible ring of energetic ions trapped in its magnetic field. This feature, known as a ring current, has been imaged with a special camera on Cassini which is sensitive to energetic neutral atoms.

This is a false-colour map of the intensity of the energetic neutral atoms emitted from the ring current through a processed called charged exchange. In this process, a trapped energetic ion steals an electron from cold gas atoms, becomes neutral and escapes the magnetic field.

Saturn's ring current had not been mapped before on a global scale, only some areas were, and not in this detail. It is a dynamic system, which is usually not as uniform as depicted in this image. The ring current is doughnut-shaped, but in some instances it appears as if someone took a bite out of it.

This image was obtained on 19 March 2007, at a latitude of about 54.5° and radial distance 1.5 million km. Saturn is at the centre, and the dotted circles represent the orbits of the moons Rhea and Titan. The Z-axis points parallel to Saturn's rotation axis, the X-axis points roughly sunward, and the Y-axis completes the system, pointing roughly toward dusk. The ion and neutral camera's field of view is marked by the white line and accounts for the cut-off of the image on the left. The image is an average of the activity over a (roughly) three-hour period.