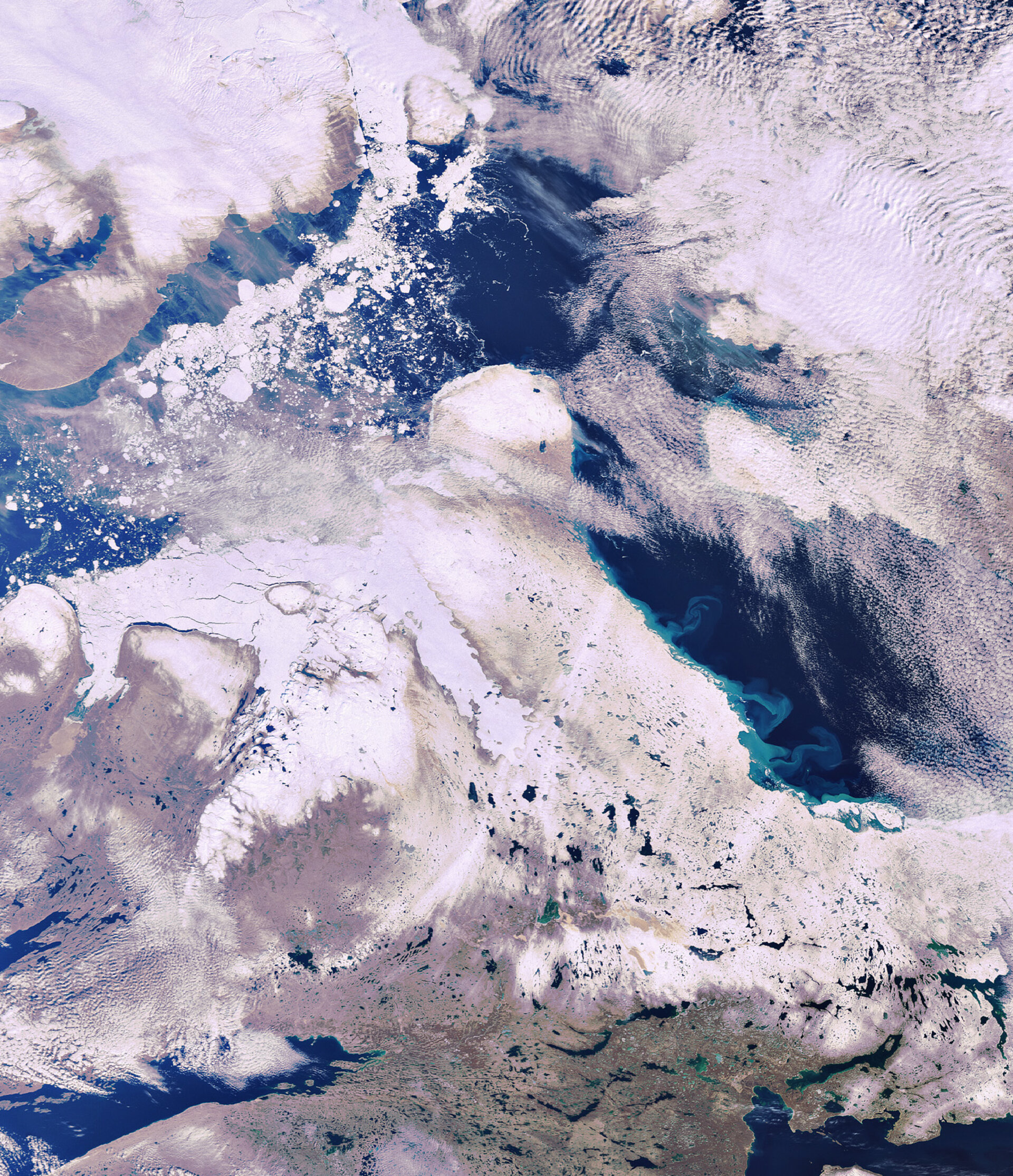 This Envisat image features the Canadian Arctic Archipelago, which lies to the north of mainland Canada and consists of 94 major islands and more than 36 000 minor ones. Visible in centre and lower half of image, Victoria Island is only slighter smaller than the island of Great Britain and is Canada’s second largest island and the world’s 9th largest. This image was acquired by Envisat’s Medium Resolution Imaging Spectrometer (MERIS) instrument on 19 September 2007 working in Full Resolution mode to provide a spatial resolution of 300 metres.