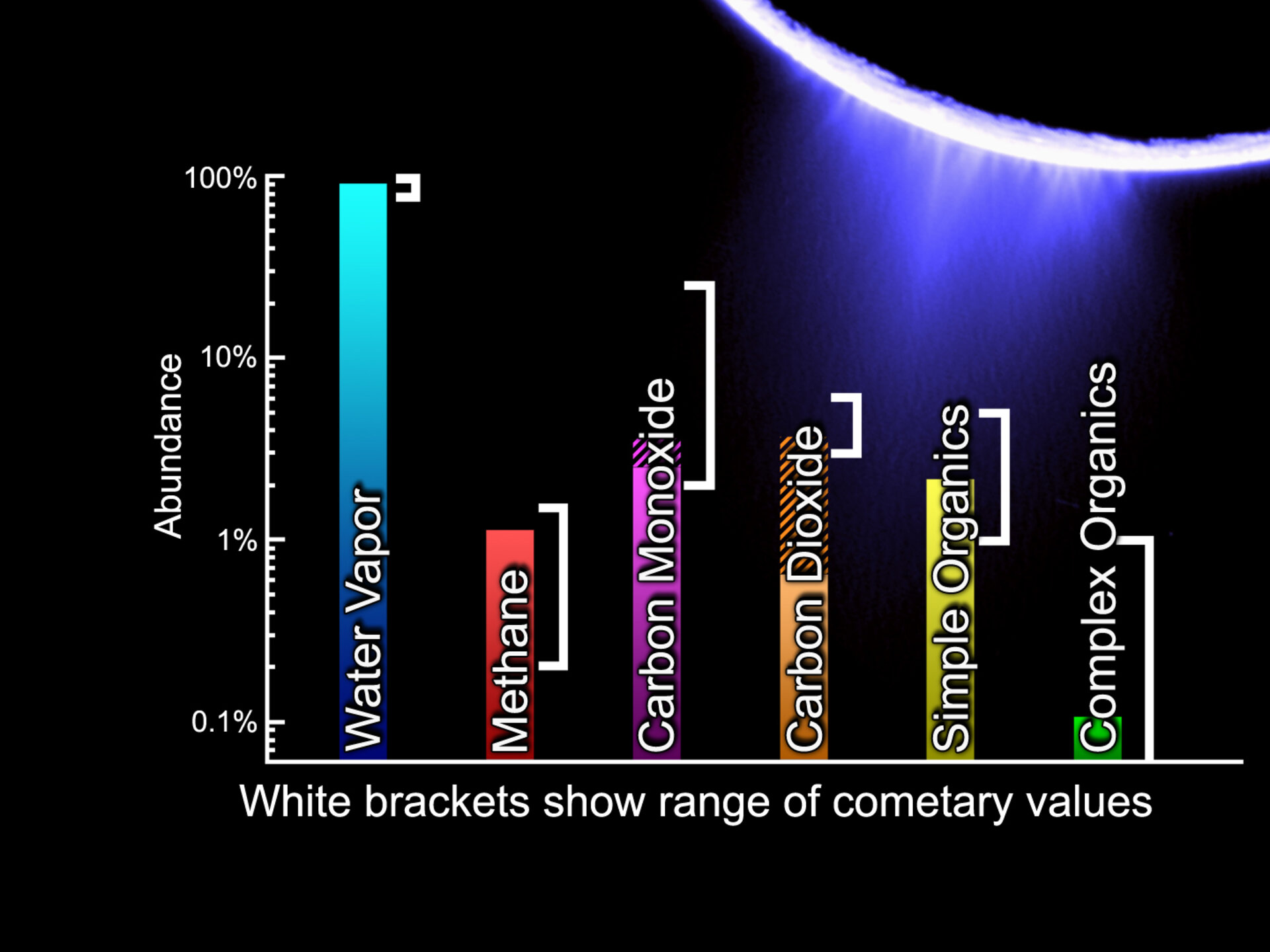 Enceladus’s plume was found to have a comet-like chemistry by Cassini’s Ion and Neutral Mass Spectrometer during its fly-through of the plume on 12 March 2008. Water vapor, methane, carbon monoxide, carbon dioxide, simple organics and complex organics were identified in the plume. The graph shows the chemical constituents in percentage of abundance found in comets compared to those found in Enceladus’s plume.