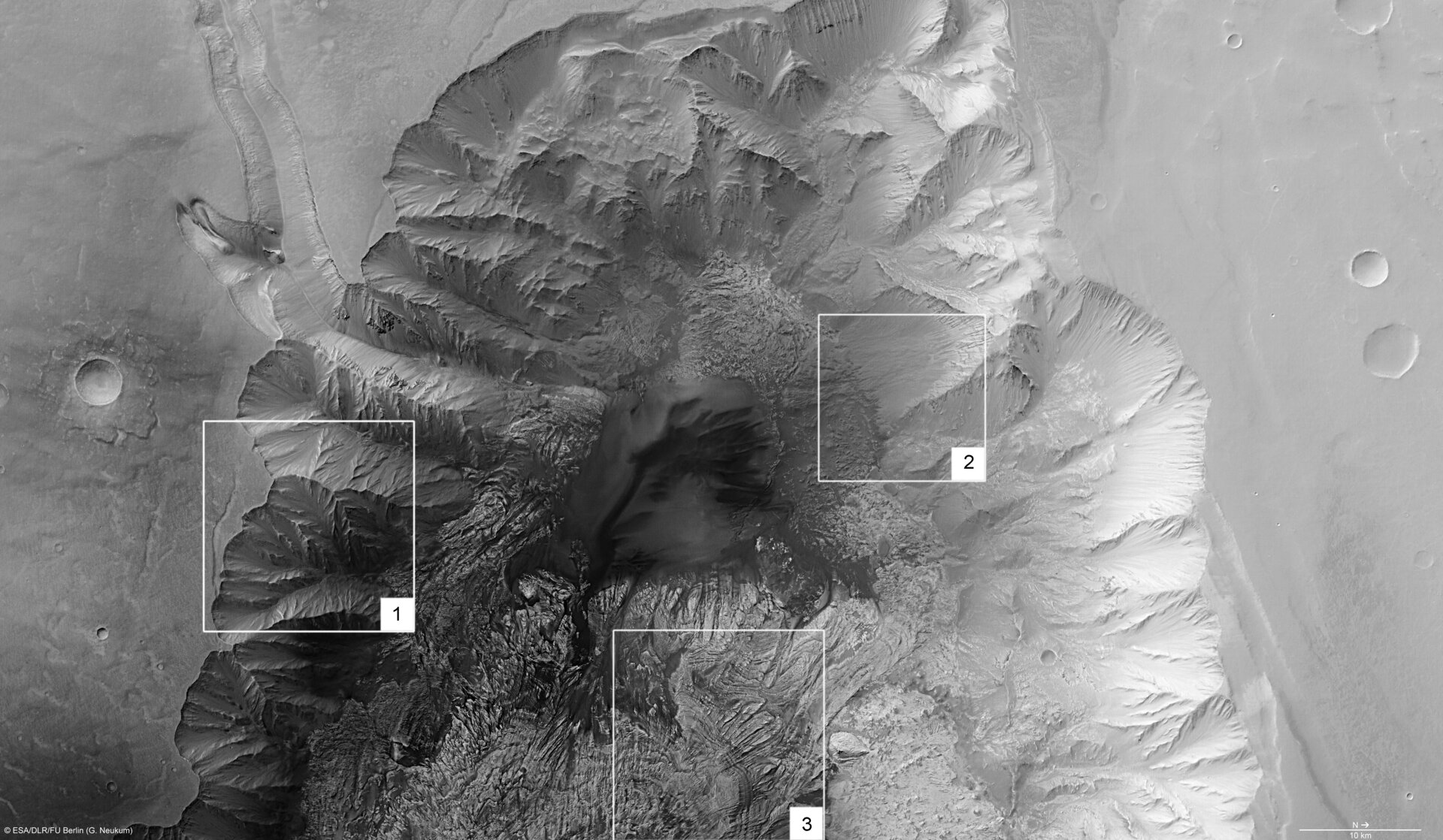 The region is an enclosed trough situated in Valles Marineris, the Grand Canyon of Mars, where water is believed to have flowed. The High Resolution Stereo Camera (HRSC) on ESA’s Mars Express studied the area providing new pictorial clues to its history.

Hebes Chasma is located at approximately 1° south and 282° east. Image data was obtained on 16 September 2005 with a ground resolution of approximately 15 m/pixel.

The region is an enclosed, almost 8 km-deep trough in the most northern part of Valles Marineris, the 3000-km long “Grand Canyon of Mars”.

The steep flanks of the trough (1) show branched incisions and small veins of rock. Below the flanks, run-off and material from larger landslides is visible (2).

A flat-topped mountain is located in the centre of Hebes Chasma (3). It reaches 8000 m above the graben floor and rises to almost the same height as the plains surrounding the trough.