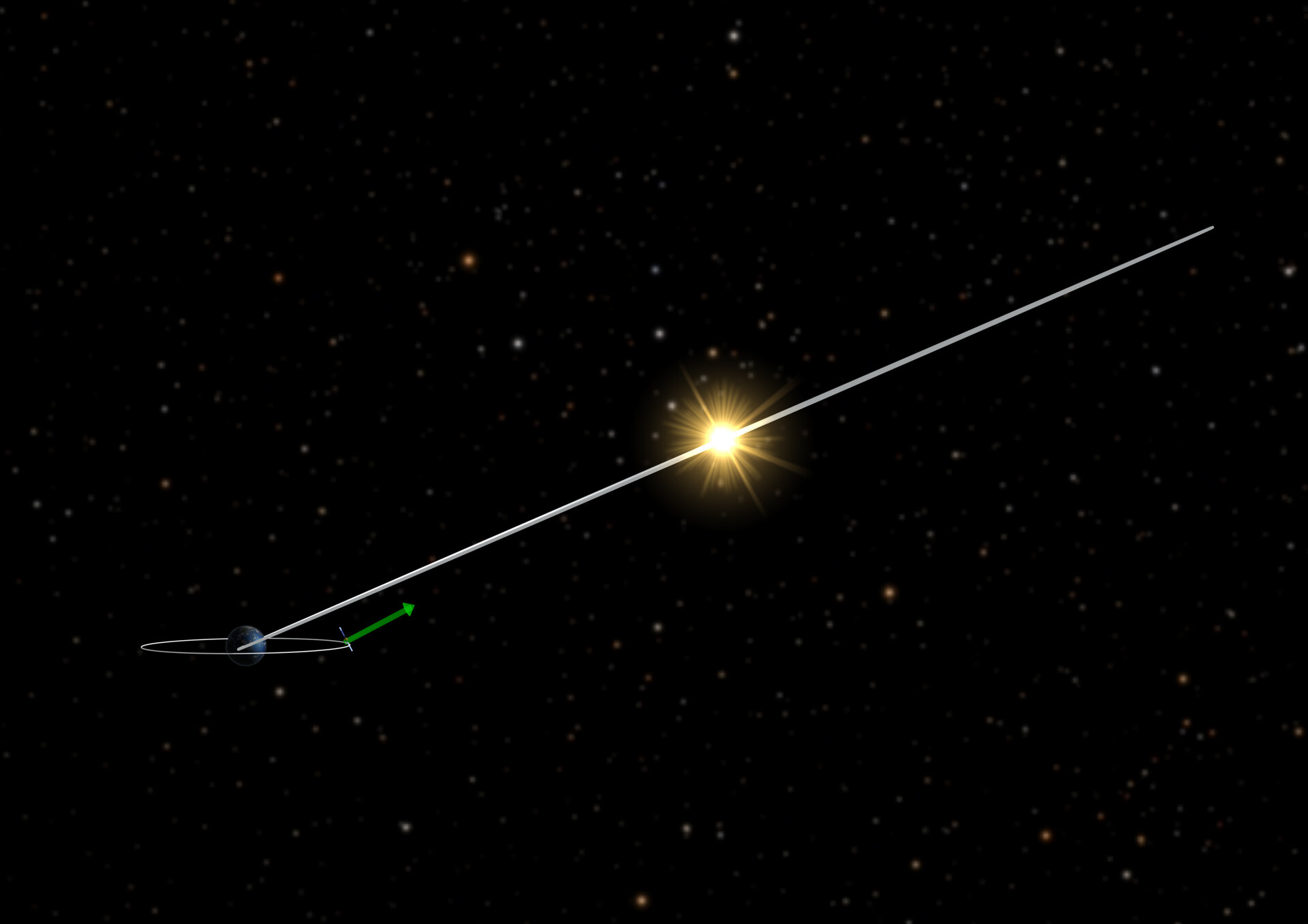 The Sun and Moon attraction also acts on satellites. The Earth's equator (and hence also the orbits of geostationary satellites) is inclined by 23 degrees with respect to the orbital plane of the Earth. Therefore, the gravity of the Sun changes the orbital plane of geostationary satellites. Together with the attraction of the Moon and the effect of the Earth oblateness, this causes the inclination to oscillate between 0 and 15 deg within 54 years. During this time the inclination vector, which is perpendicular on the orbit plane and shown in green here, draws a complete circle.