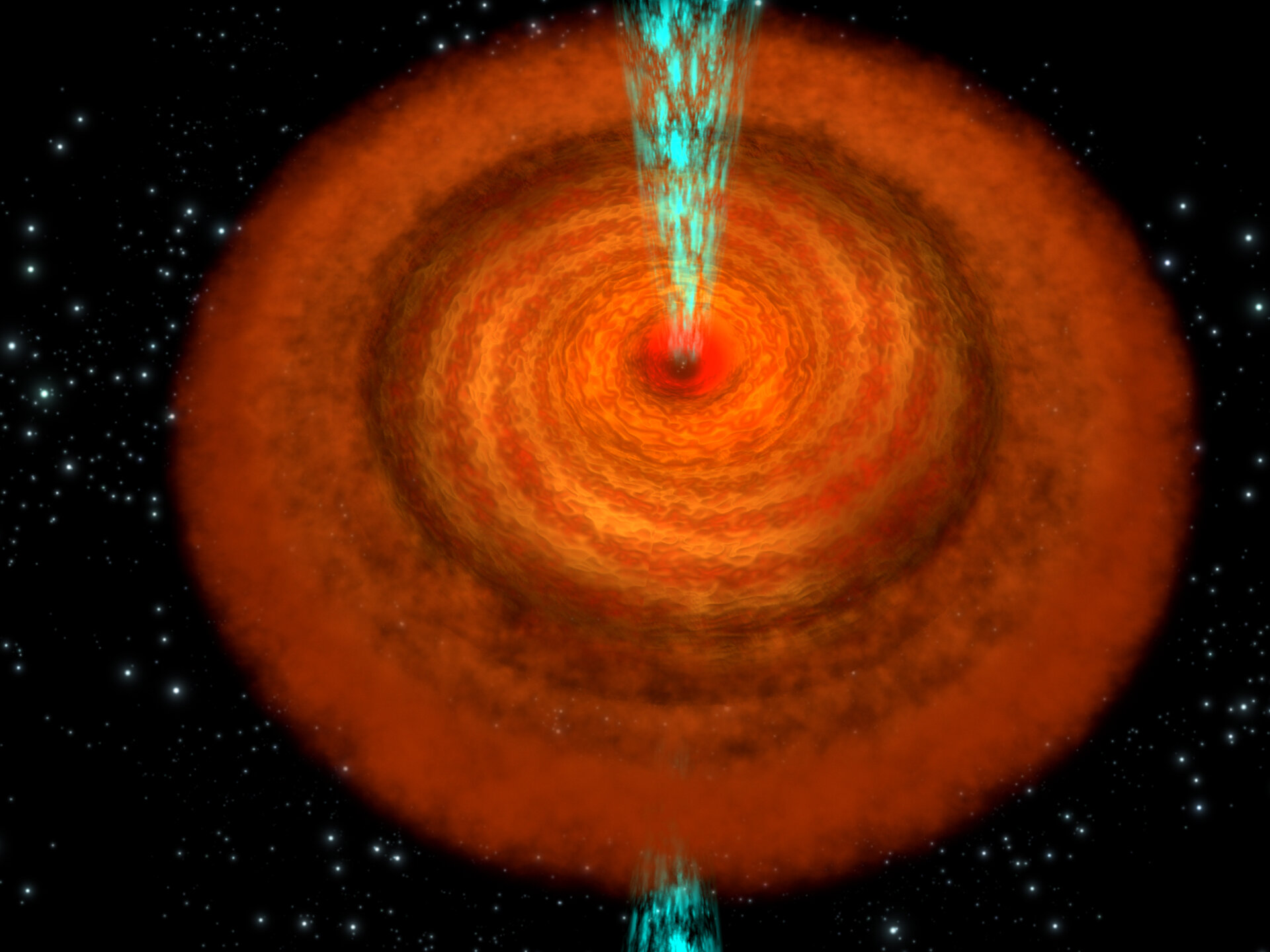 Quasars are vast cosmic engines that pump energy into their surroundings. It is thought an enormous black hole drives each quasar.

XMM-Newton has been surprised by a BAL quasar from which it has detected a higher number of X-rays than thought possible. The observation gives new insight into the powerful processes shaping galaxies during their formation and evolution.

About 10-20% of all quasars are BAL quasars, which get their name from a thick cocoon of gas surrounding the quasar. Most researchers believe that gas flows away from a BAL quasar along the equatorial direction of the accretion disc. These quasars show little X-ray emission, indicating that there is enough gas to absorb most of the X-rays given out from the region near the black hole.

But as discovered with XMM-Newton, some BAL quasars appear to be spewing material out along their polar axes, at right angles to the accretion discs.