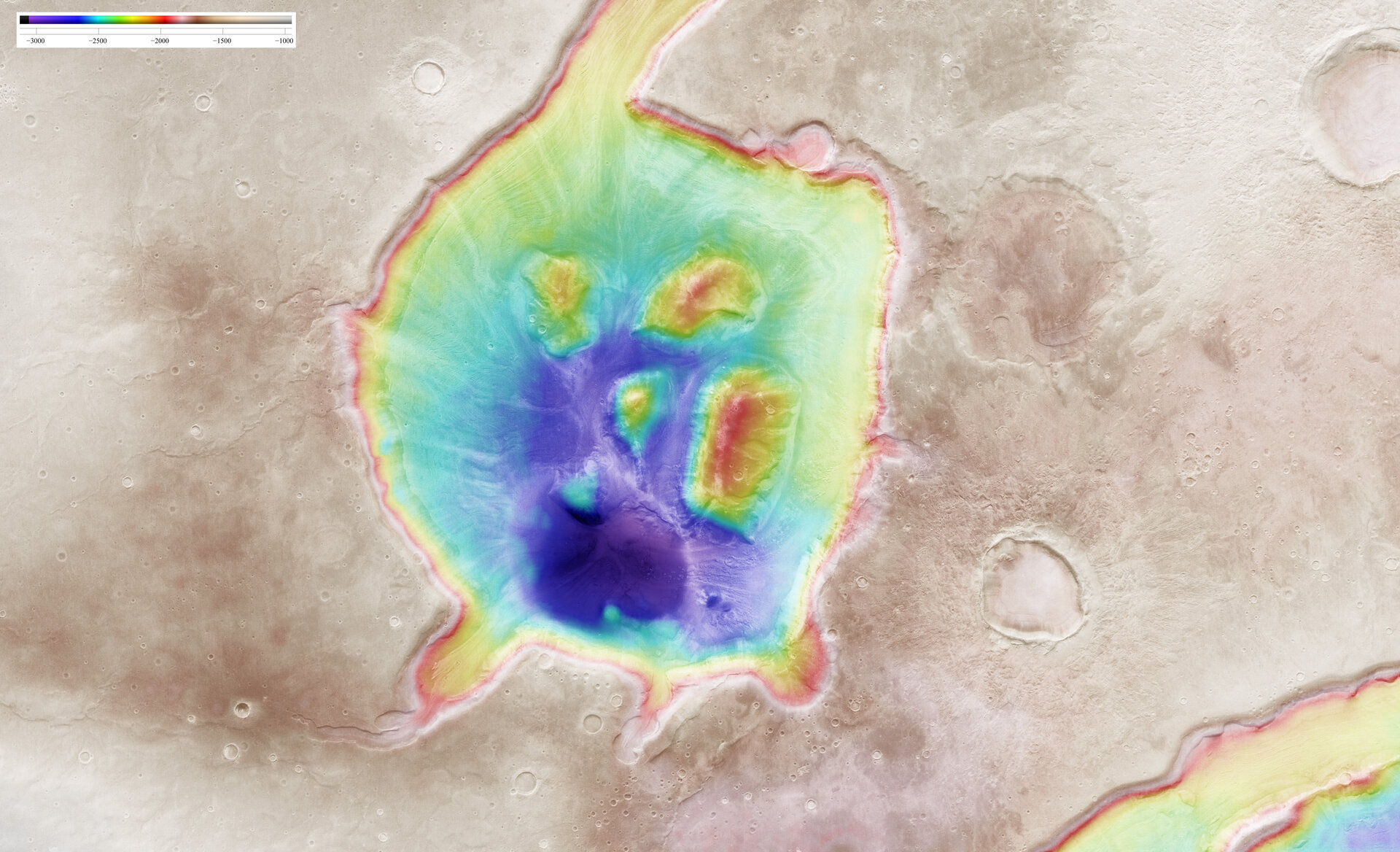 The HRSC onboard the ESA spacecraft Mars Express obtained images focusing on a depression that displays a crater at the end of the long, winding valley, Mamers Valles. The data was obtained on 5 August 2006 with a ground resolution of approximately 14 m/per pixel. The image is centred at approximately 39° north and 17° east on the planet.

The ortho-image was rectified using elevation data derived from an High-Resolution Stereo Camera (HRSC) -derived high-resolution Digital Terrain Model (DTM) so that distortions introduced during imaging are corrected. Such an image can be used to derive maps. Elevation data from the DTM has been colour-coded and overlain on the ortho-image so that elevation data and the image itself are displayed in a single scene.