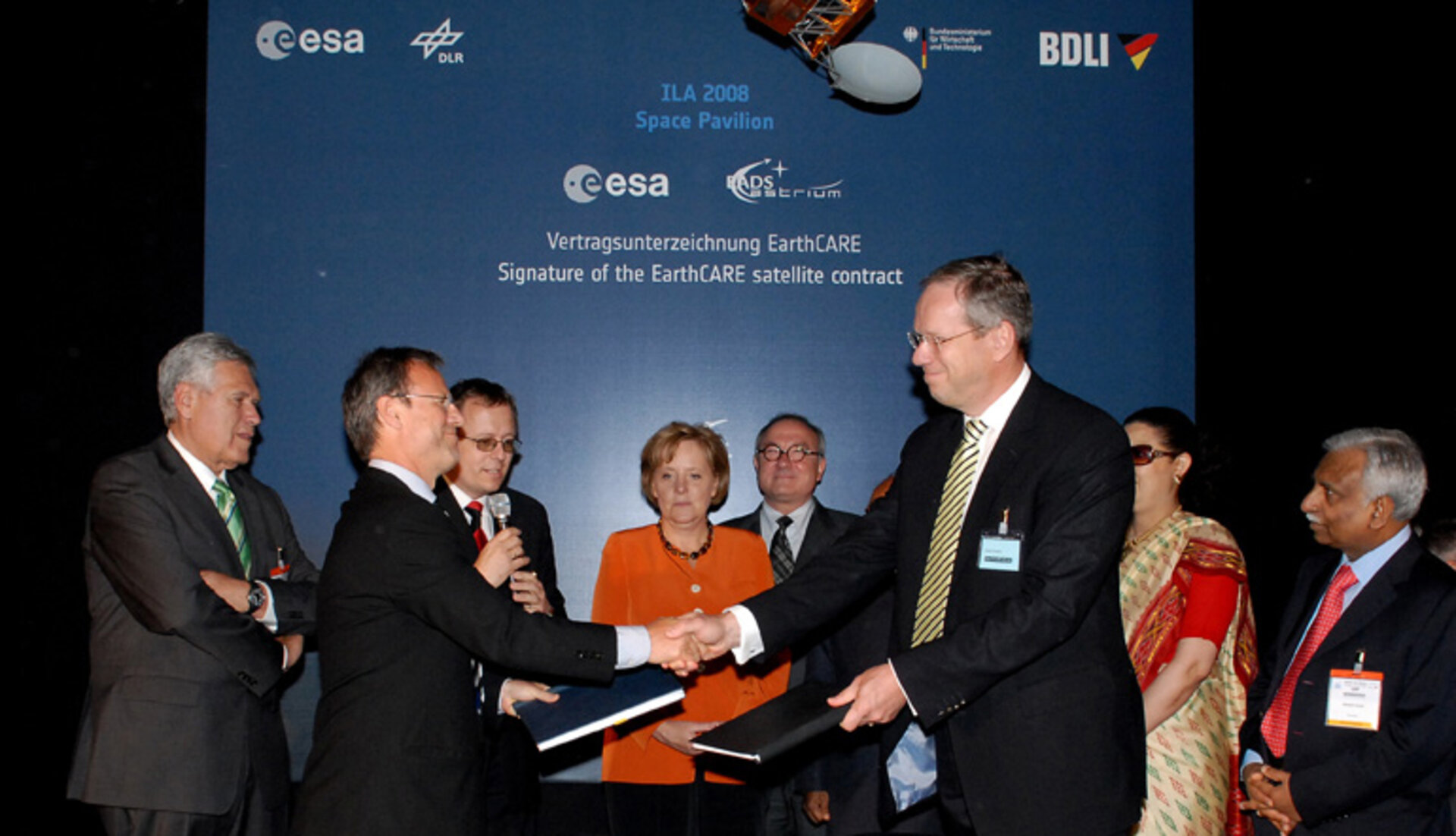 Signature of the EarthCARE contract at ILA

Signature of the EarthCARE contract between ESA and Astrium GmbH at ILA, Berlin, 27 May 2008.
The contract was signed by Volker Liebig, ESA Director of Earth Observation, Evert Dudok, CEO of EADS Astrium Satellites and Uwe Minne, Director of Earth Observation and Science at Astrium GmbH, in the presence of German Chancellor Angela Merkel, ESA Director General Jean-Jacques Dordain and Head of the German Aerospace Centre DLR Johann-Dietrich Wörner.