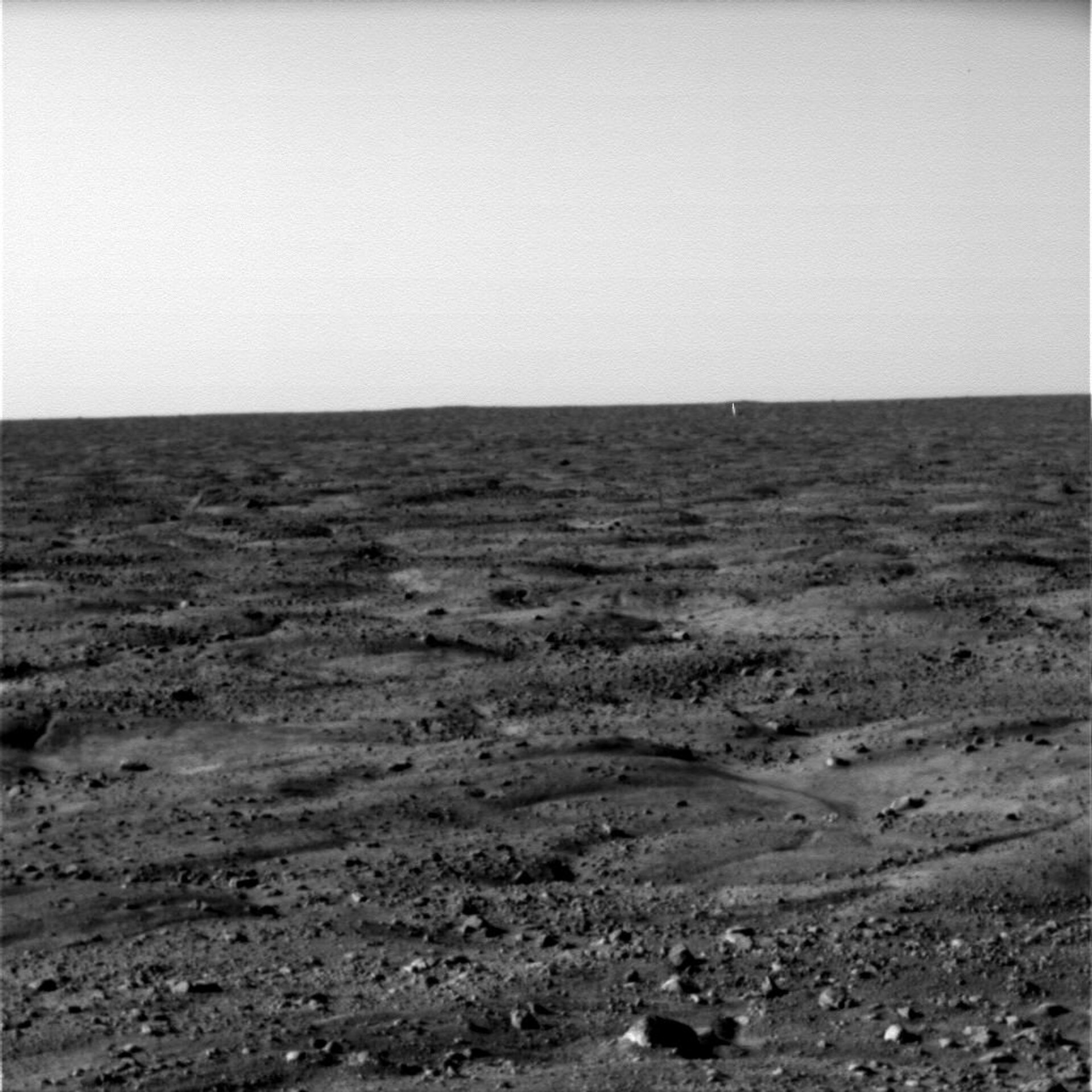 The martian surface, seen by Phoenix

The Surface Stereo Imager Right on NASA's Phoenix Mars Lander acquired this image at 17:15:35 local solar time at the Phoenix site on the mission's martian day, or Sol, 0

The Phoenix mission is led by the University of Arizona, Tucson, on behalf of NASA. The mission is managed by NASA's Jet Propulsion Laboratory, California, USA. The spacecraft was developed by Lockheed Martin Space Systems, Denver.

Beginning late on 25 May, Mars Express executed a series of pre-programmed commands specially designed to support the Phoenix EDL.

Mars Express’s Lander Communications Antenna was pointed toward Phoenix's planned entry trajectory to record the signals transmitted as it plunged toward the surface.

During this time, two Mars Express instruments, the High Resolution Stereo Camera (HRSC) and the Ultraviolet and Infrared Atmospheric Spectrometer (SPICAM), were turned on for observations.

The aim was to visually capture the trail of the lander's trajectory to the Martian surface, to study the characteristics of the atmosphere during the lander's descent, and to monitor the lander's performance during EDL.

Additionally, the Planetary Fourier Spectrometer (PFS) on board Mars Express has been collecting relevant data since 8 May this year. This includes information on the physical conditions of the Martian atmosphere (temperature, pressure and density) above the expected the landing site. This data has been provided to NASA in support of their observations of the physical conditions in the atmosphere prior to landing.