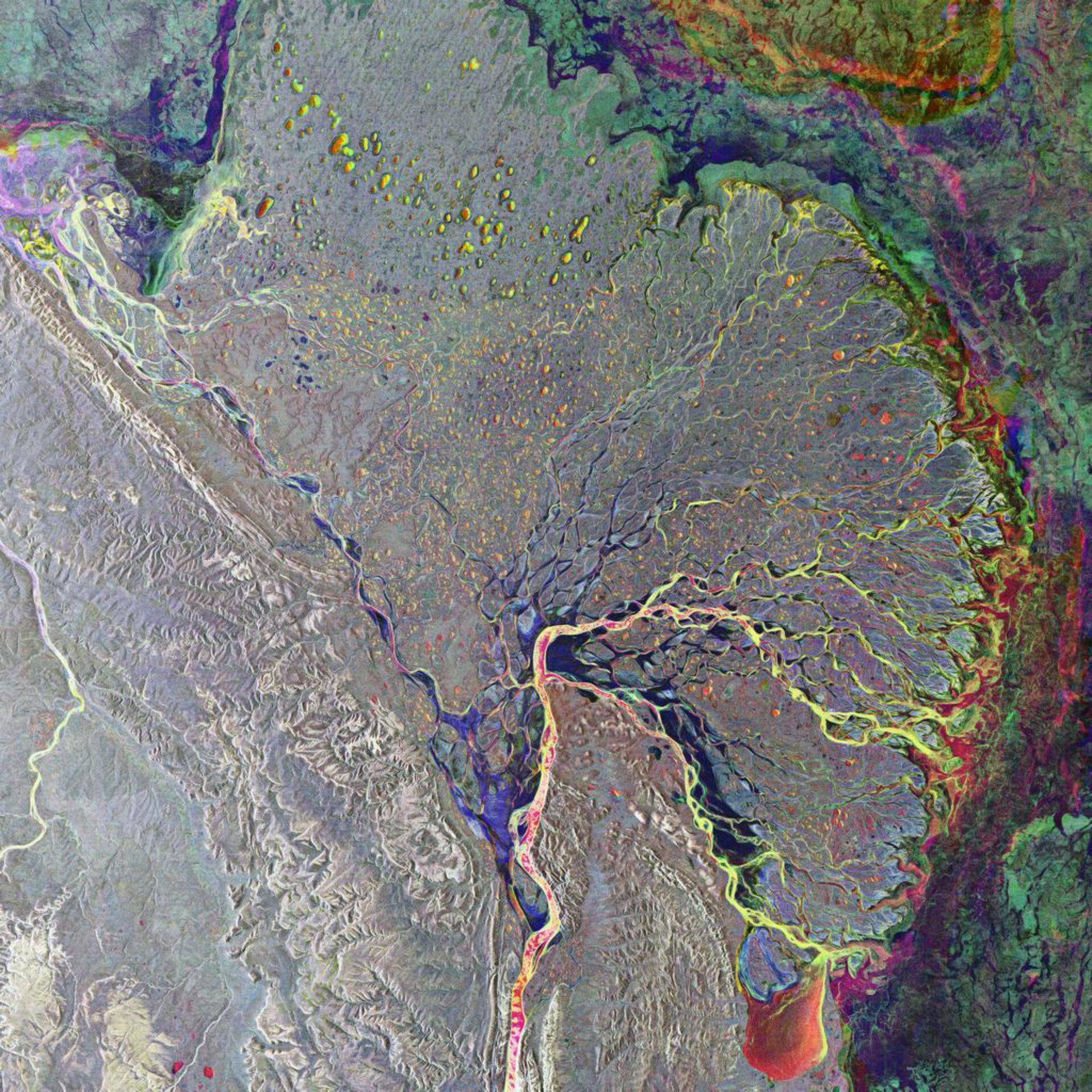 The largest delta in the Arctic, the Lena Delta, is highlighted in this Envisat image. The delta is located at the end of the 4400-km-long course of the Lena River, one of the world’s longest rivers.

Beginning in mid-October, the river (visible in yellow and reddish colours flowing up from bottom centre) starts to freeze and by late April the ice usually begins drifting away. As the ice breaks up water levels rise suddenly, increasing the chances of flooding.

By mid-June, the Lena river waters have usually thawed and are flowing to the Laptev Sea. The Lena splits into several small rivers before reaching the sea, and these rivers flow through a flat plain creating the delta – a 32 000-square-kilometre haven for Arctic wildlife.

The Lena Delta is a complex landscape that has evolved over thousands of years. The whole delta area has been nominated as a UNESCO (the United Nations’ cultural agency) World Heritage Site.

The delta’s snow-covered tundra is frozen for approximately seven months a year before transforming into fertile wetlands. Around 14% of worldwide carbon is stored in permafrost soils and sediments, and scientific interest is growing in the role of tundra environments in the carbon cycle.

In particular tundra wetlands like the Lena Delta are considered major contributors to the global carbon balance and are believed to be highly sensitive to climate change.

In this multitemporal Advanced Synthetic Aperture Radar (ASAR) composite red relates to an acquisition on 10 March 2008, green to one on Green 22 October 2007 and blue to one on 13 June 2008. Areas in grey represent the least amount of change between acquisitions.