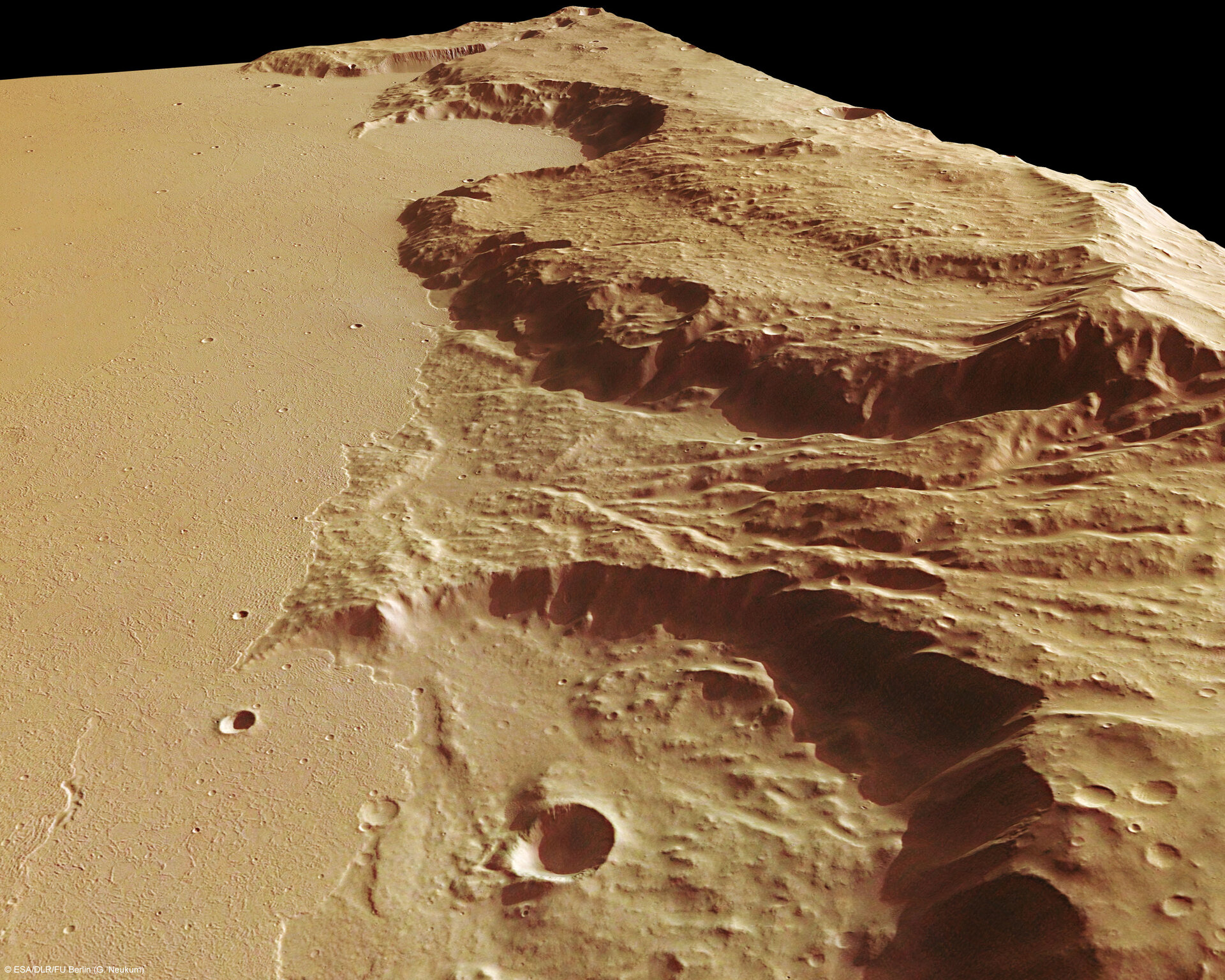 The Mangala Fossae trough is a system of outflow channels on Mars that bears evidence of lava deposition and catastrophic floods.

The HRSC on board Mars Express obtained images of this region centred at 17° south and 213° east on 21 March 2007. Mangala Fossae is approximately 1000 km long, located south-west of the volcanic region Tharsis, where the highest known volcano in the Solar System, Olympus Mons, is located.

The western part of the region is remarkably smooth and exhibits just a few small impact craters, larger craters being absent. Since the crater count relates directly to the age of the region (the more the number of craters, the older the uppermost layer of material), and only few small craters are seen in the area, this indicates that the uppermost surface layer is young and that the basaltic lava was put in place relatively recently.

The lava flows most likely originated in the Tharsis Region. Sharp edges of the 100-m thick lava blanket are visible in some places.

This perspective view has been calculated from the digital terrain model derived from the stereo channels.