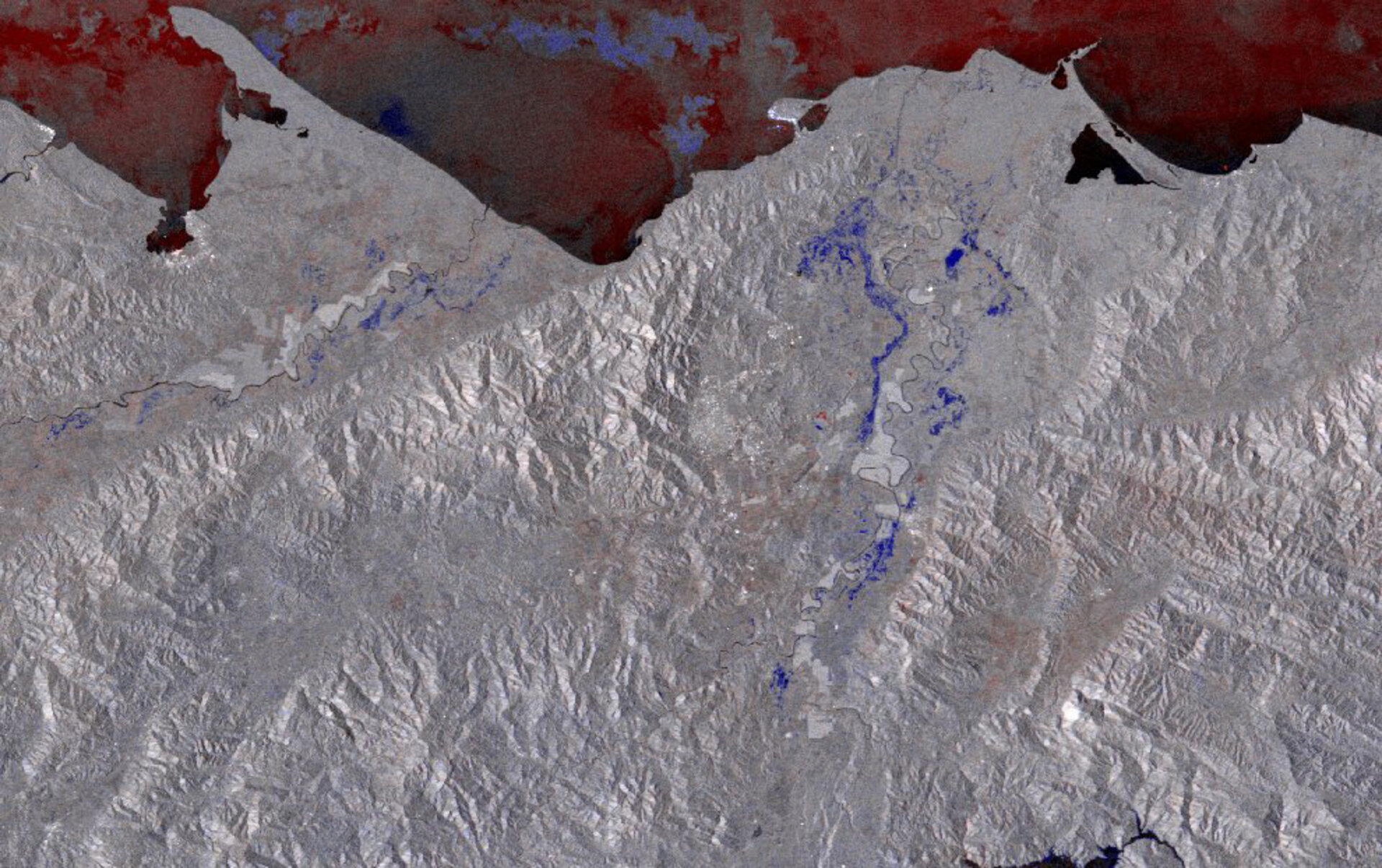 Crisis image over the Cortes Department

Honduras has been affected by severe flooding and landslides since 16 October 2008. This map, over the Cortes Department, is comprised of two Envisat Advanced Synthetic Aperture Radar (ASAR) images – one acquired before flooding (20 September 2008) and one acquired after flooding (25 October 2008). Black and white areas correspond to places where the radar signal did not change. Blue indicates areas where the radar signal dropped, and red indicates areas where the signal increased. Both blue and red colours indicate areas that are potentially flooded.