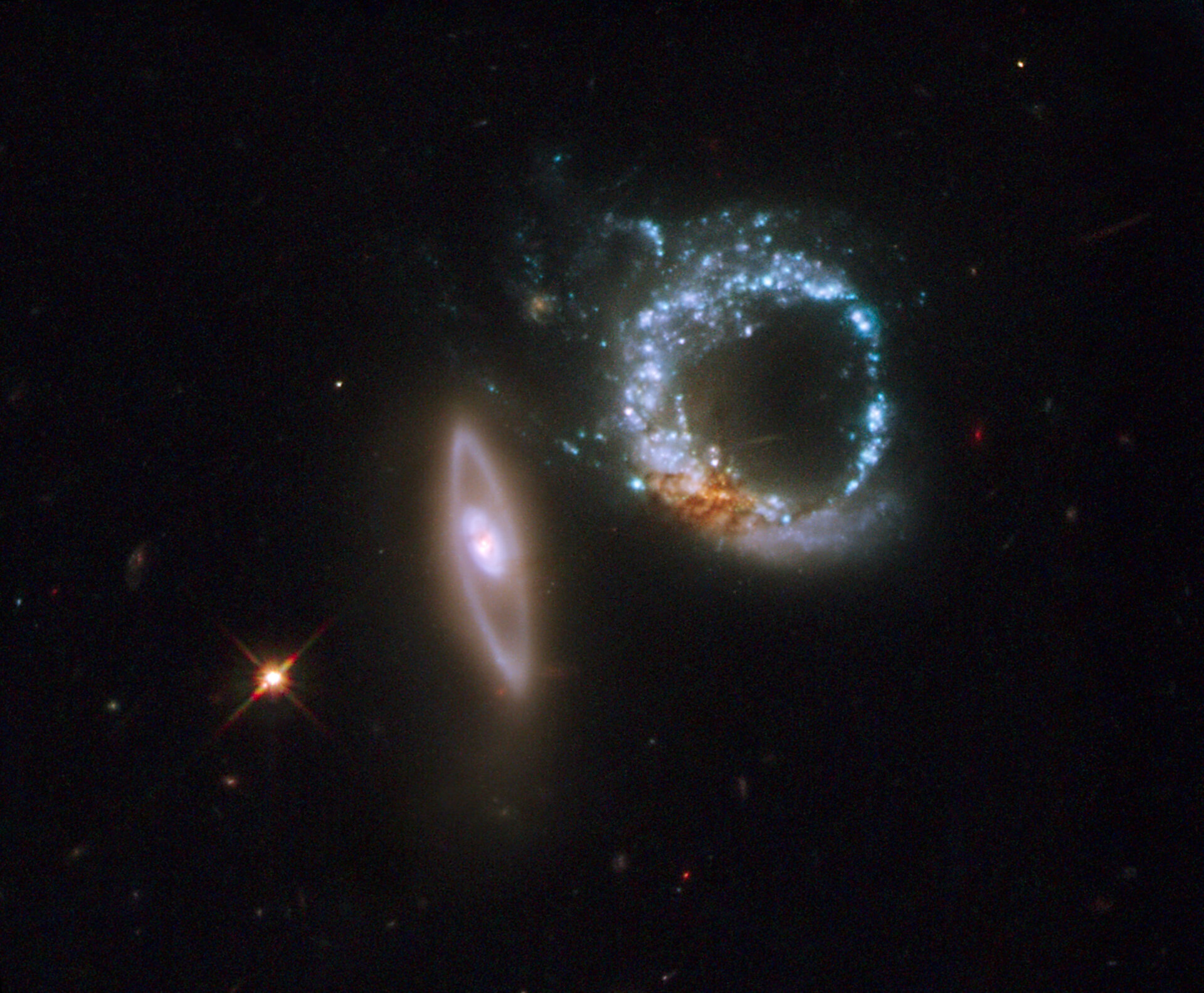 This image, obtained by the NASA/ESA Hubble Space Telescope on 27-28 October 2008, shows a pair of gravitationally interacting galaxies called Arp 147. This is the first image obtained by Hubble after science operations were resumed on 25 October 2008, four weeks after a problem with the science data formatter took the spacecraft into safe mode.

The image was taken by Hubble’s prime working camera, the Wide Field Planetary Camera 2 (WFPC2), which aimed at a particularly intriguing target. The two galaxies happen to be oriented so that they appear to mark the number 10. The left-most galaxy, or the ‘1’ in this image, is relatively undisturbed, apart from a smooth ring of starlight. It appears nearly edge-on to our line of sight. The right-most galaxy, the ‘0’ of the pair, exhibits a clumpy, blue ring of intense star formation.