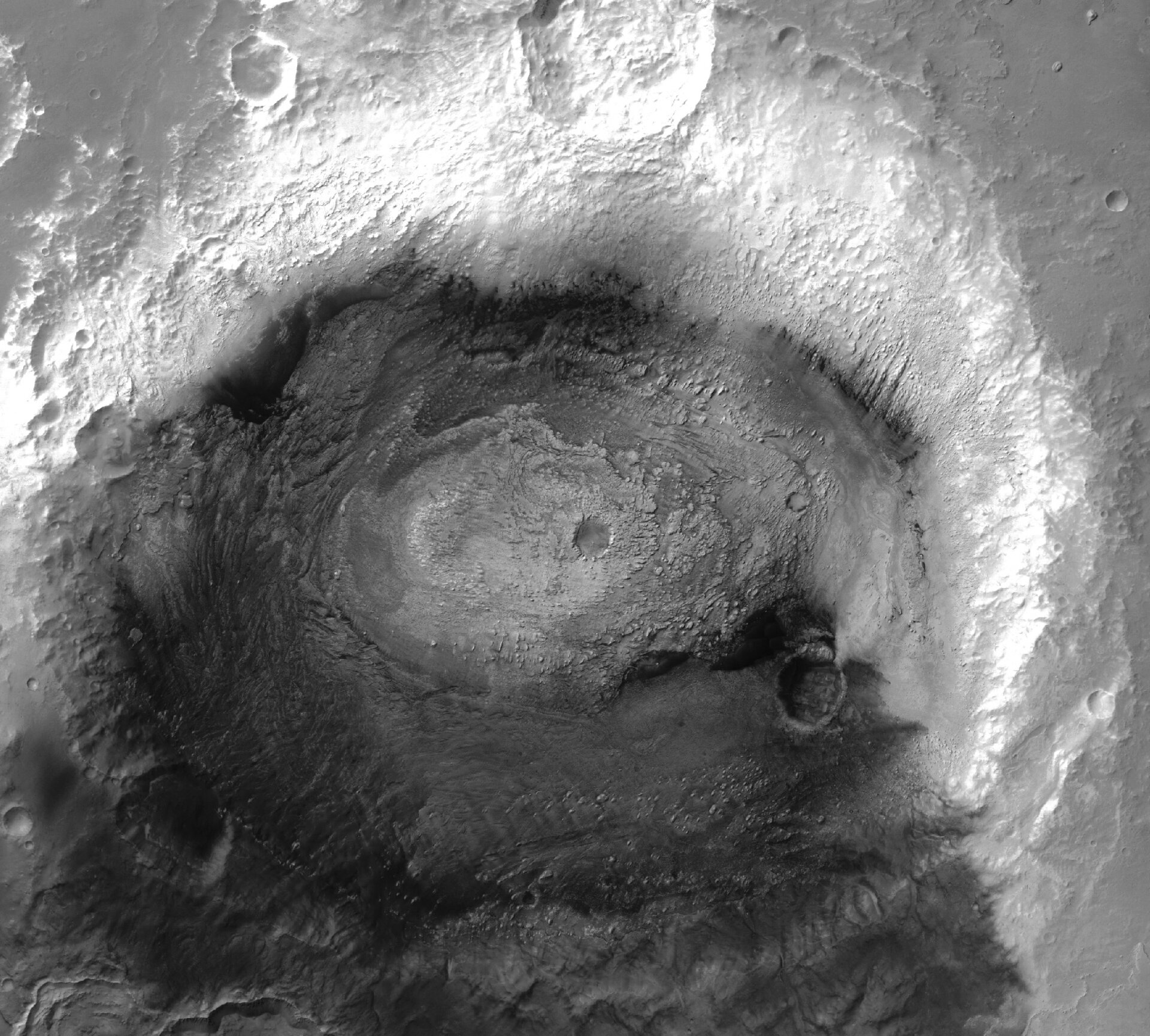 Crommelin Crater on Mars, an area where Light Toned Deposits, or LTD, are known to be present.

An analysis of data and images from Mars Express suggests that several LTD, some of the least understood structures on Mars, were formed when large amounts of groundwater burst on to the surface. Scientists propose that groundwater had a greater role in shaping the martian surface than previously believed, and may have sheltered primitive life forms as the planet started drying up.

This is a mosaic composed of nadir images taken by the High Resolution Stereo Camera on board ESA’s Mars Express spacecraft.