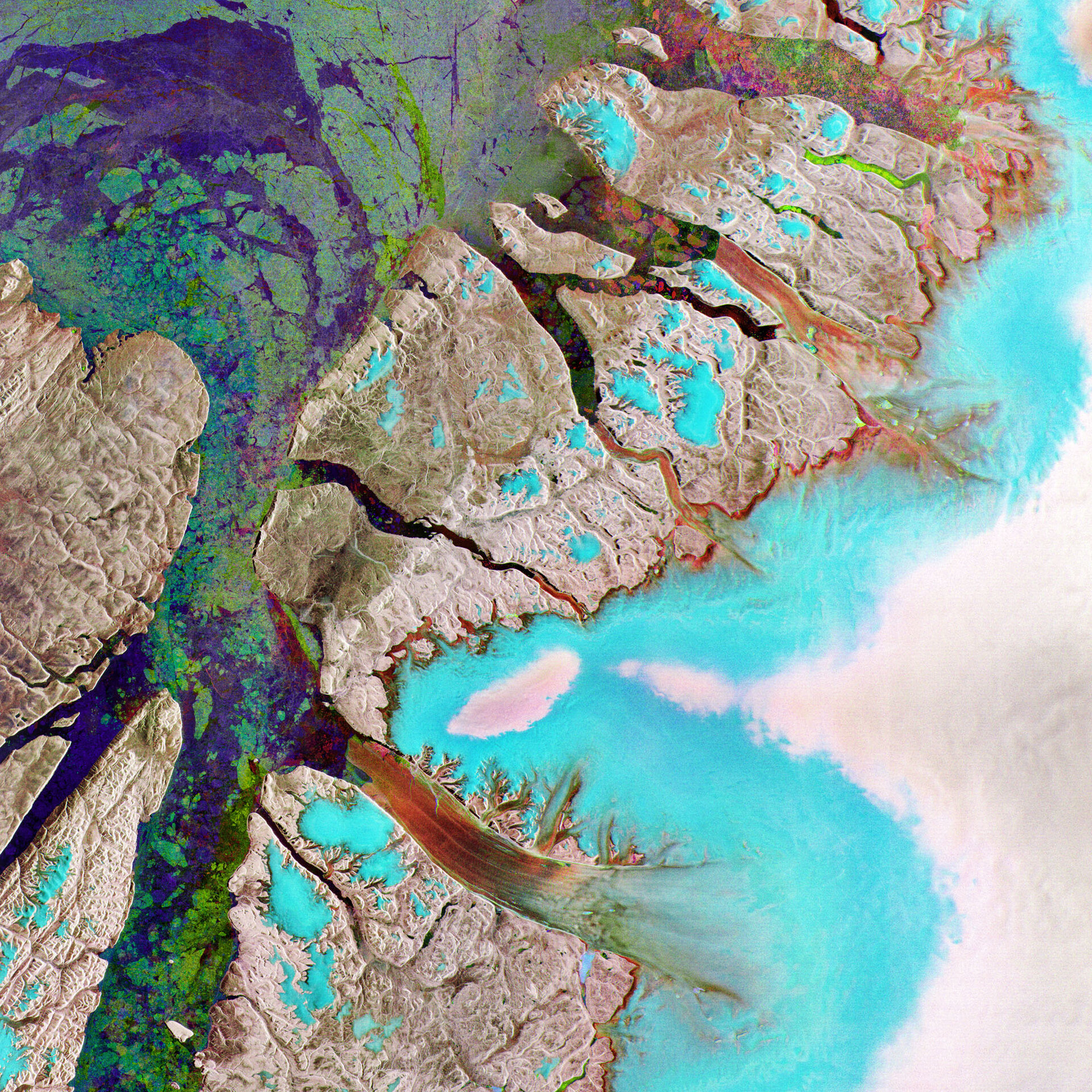 Envisat radar image featuring the northeastern tip of Ellesmere Island (left) in the Canadian Arctic and northwestern Greenland (right) – the world’s largest island.
The water (indicated by purple and green colours) pictured in the lower part of the image is Nares Strait. The northernmost part of Nares Strait is the Robeson Channel, which empties into Lincoln Sea (upper left corner of image), part of the Arctic Ocean. The aqua blue and white-coloured areas on the right side of the image show a portion of the Greenland Ice Sheet, the second largest concentration of frozen freshwater on Earth after the Antarctic Ice Sheet. In reddish colours, the Northern Hemisphere's longest-floating glacier, Petermann, can be seen stretching across the centre of the lower part of the image and emptying into Nares Strait.

There is no colour in a standard radar image because they represent surface backscatter rather than reflected light. This composite is made up of three Advanced Synthetic Aperture Radar (ASAR) images acquired on different dates, with separate colours assigned to each acquisition to highlight differences between them: green relates to an acquisition on 29 May 2008, red to one on 7 August 2008 and blue to one on 16 October 2008.