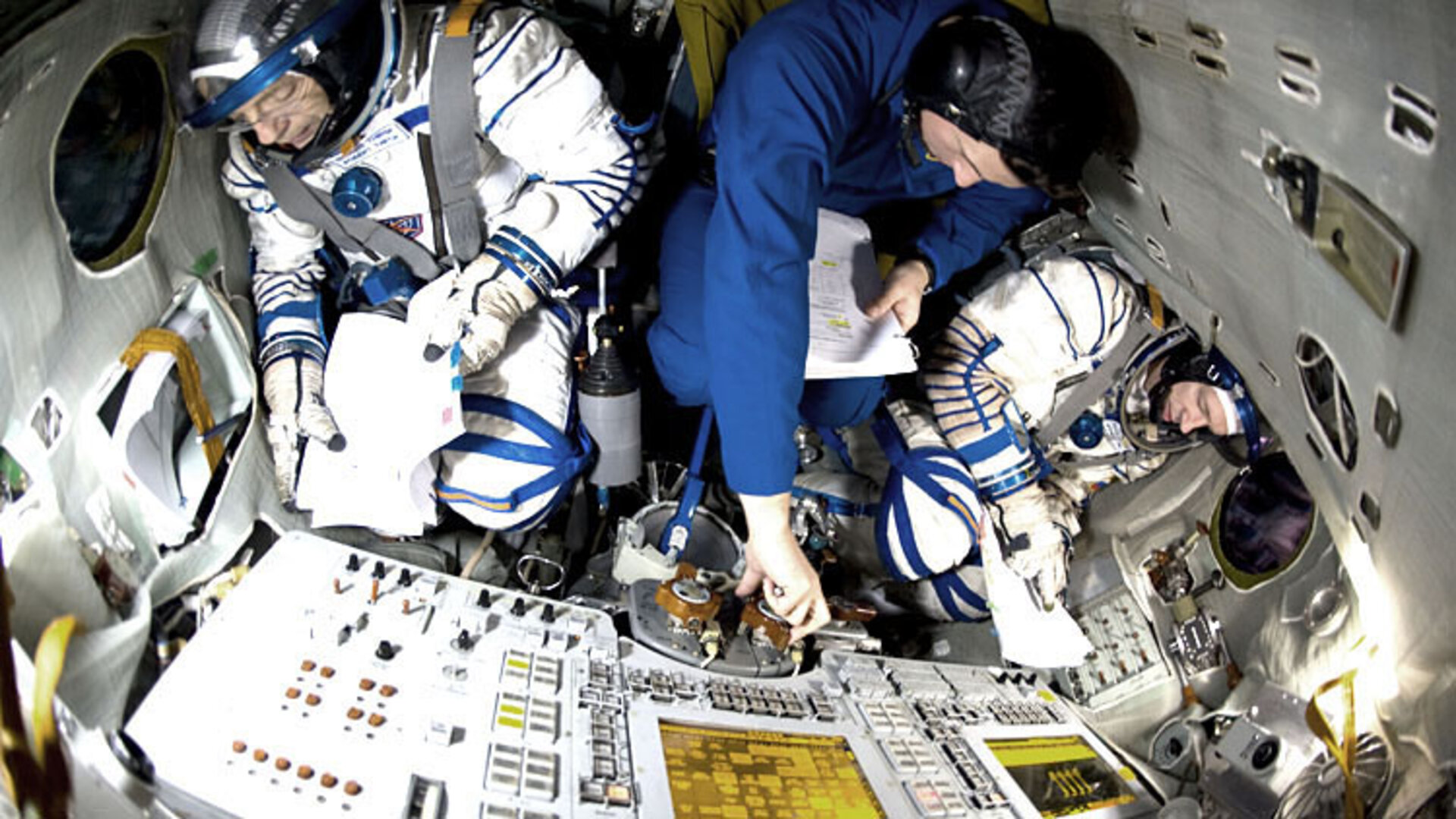 ESA astronaut Frank De Winne (right) trains together with Russian cosmonaut Roman Romanenko (centre) and Canadian Space Agency astronaut Robert Thirsk (left) in the Soyuz simulator at Star City, near Moscow. They are set for launch to the International Space Station in May 2009 where they will join the Expedition 20 crew, increasing the number of permanent ISS residents from three to six for the first time. De Winne will remain on board the ISS for six months.