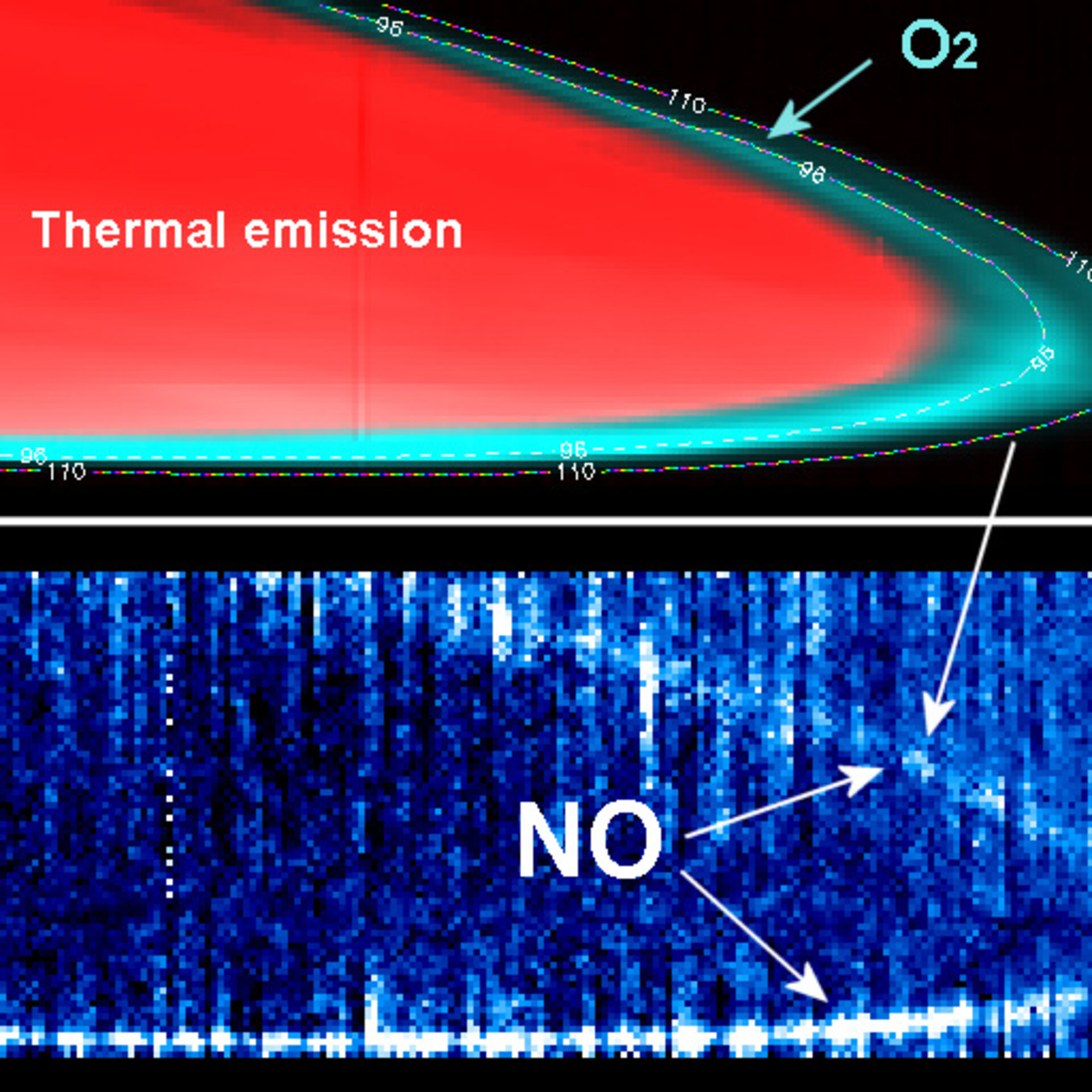 This false-colour composite image of Venus’s atmosphere was obtained by the Visible and Infrared Thermal Imaging Spectrometer (VIRTIS) on board ESA’s Venus Express, from a limb (or profile) perspective.

The top panel shows the oxygen nightglow of Venus at an altitude of approximately 96 km over the surface of the planet, seen at a wavelength of 1.27 microns.

The bottom panel shows the same portion of the atmosphere observed at the same time, but at a different wavelength (around 1.22 microns). Here it is possible to see the nightglow of nitric oxide, which is much weaker than that of oxygen and comes from an higher altitude — around 110 km above the surface.

In red is the thermal emission of Venus at 1.74 microns; one of the atmospheric windows of Venus exploited by VIRTIS.