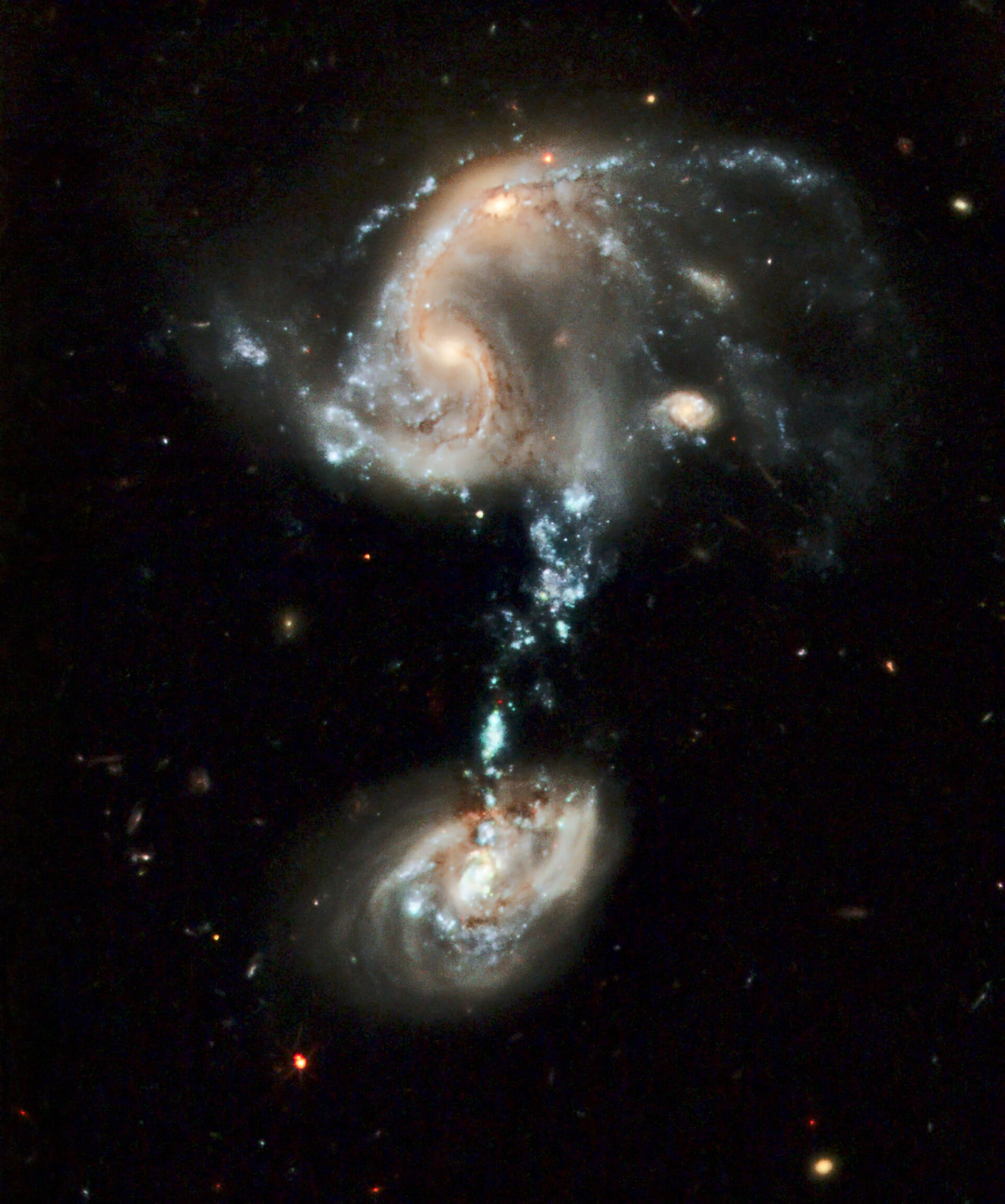 This brilliant image, courtesy of the NASA/ESA Hubble Space Telescope, is a fitting 19th anniversary tribute to the workhorse space observatory.

This interacting group contains several galaxies, along with a ‘cosmic fountain’ of stars, gas and dust that stretches over 100 000 light-years. Resembling a pair of owl’s eyes, the two nuclei of the colliding galaxies can be seen in the process of merging at the upper left. The bizarre blue bridge of material extending out from the northern component looks as if it connects to a third galaxy but in reality the galaxy is in the background and not connected at all. The blue ‘fountain’ is the most striking feature of this galaxy troupe and it contains complexes of super star clusters that may have as many as dozens of individual young star clusters in them.