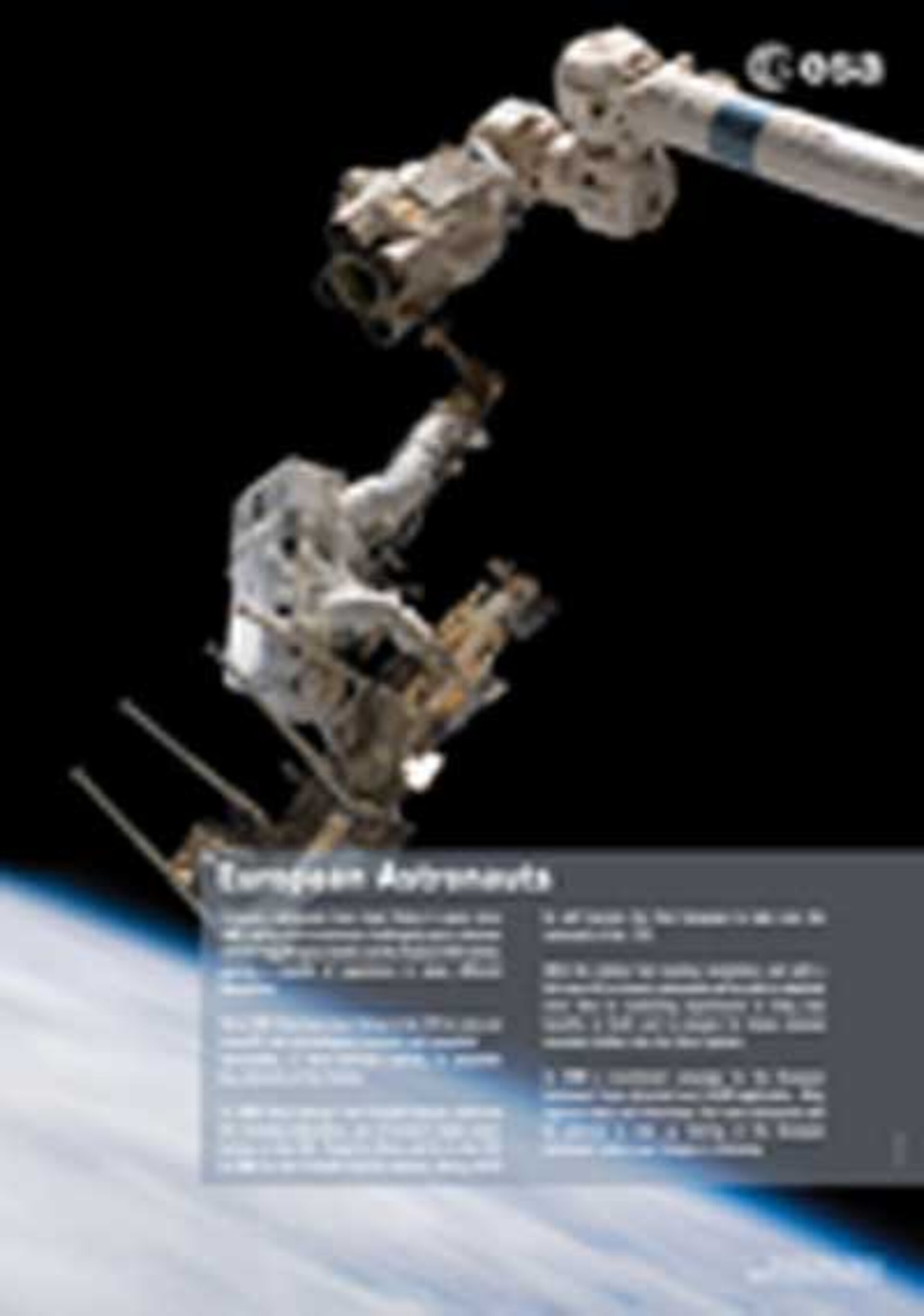 European astronauts have been flying in space since 1983, taking part in numerous challenging space missions onboard the US space shuttle and the Russian MIR station, gaining a wealth of experience in many different disciplines.

Since 2001 they have been flying to the ISS to carry out scientific and technological research and essential spacewalks, or extra-vehicular activity, to assemble key elements of the Station.

In 2008 Hans Schlegel and Léopold Eyharts delivered the Columbus laboratory, one of Europe's major contributions to the ISS. Frank De Winne will fly to the ISS in 2009 for the 6-month OasISS mission, during which he will become the first European to take over the command of the ISS.

With the station fast nearing completion, and with a full crew of 6 on board, astronauts will be able to dedicate more time to conducting experiments to bring new benefits to Earth and to prepare for future manned missions further into the Solar System.