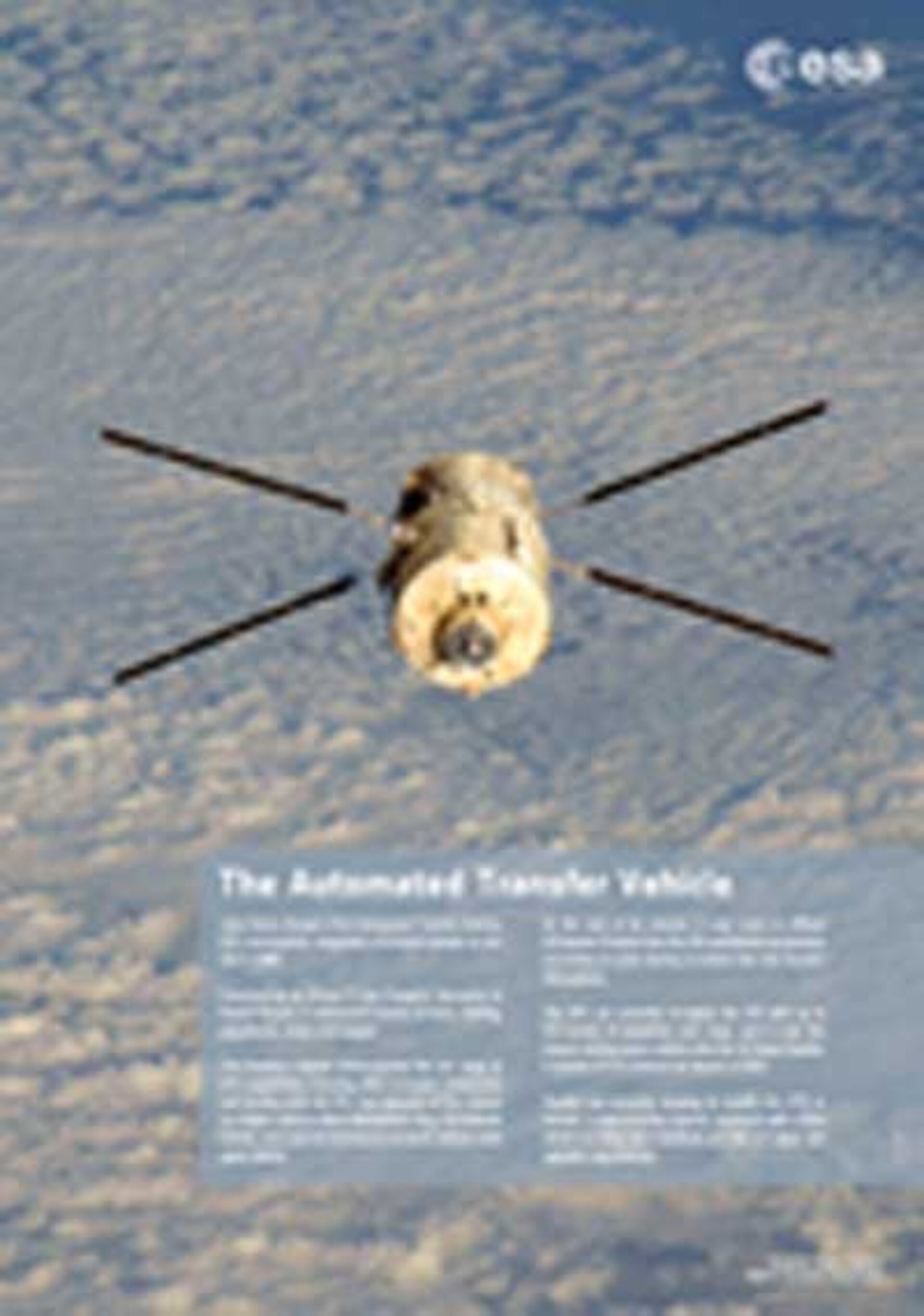 This flawless mission demonstrated the full range of ATV capabilities, including fully automatic rendezvous and docking with the ISS, four reboosts of the station to a higher orbit to offset atmospheric drag, ISS attitude control, and a special manoeuvre to avoid collision with space debris.

At the end of its mission it was used to offload 2.5 tonnes of waste from the ISS and burned up precisely according to plan during re-entry into the Earth’s atmosphere.

The ATV can currently re-supply the ISS with up to 7.5 tonnes of propellant and cargo, and is now the largest orbiting space vehicle after the US Space Shuttle. A second ATV is planned for launch in 2010.

Studies are currently ongoing to modify the ATV to include a cargo re-entry capsule, equipped with a heat shield to bring back hundreds of kilos of cargo and valuable experiments.