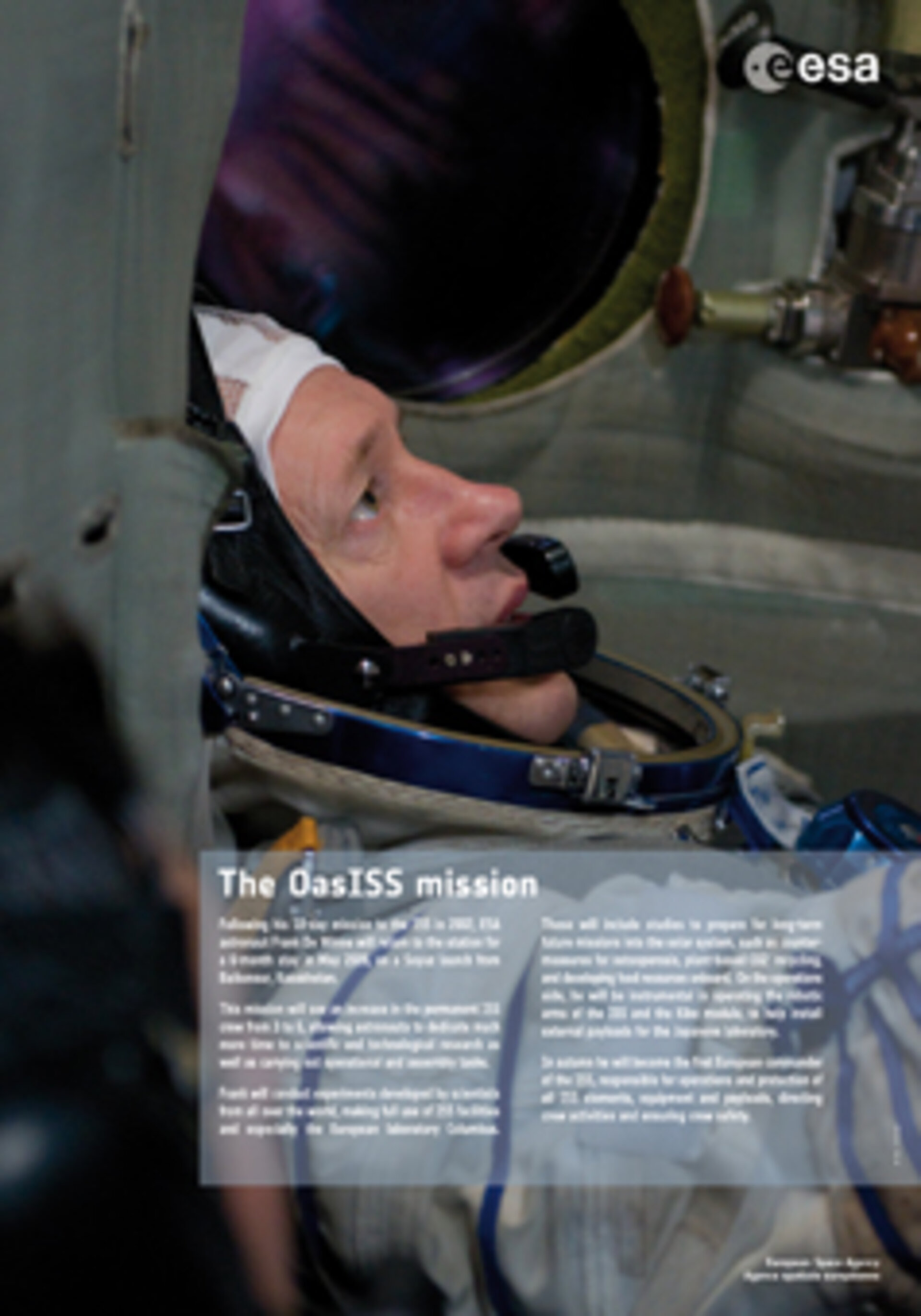 Following his 10-day mission to the ISS in 2002, ESA astronaut Frank De Winne will return to the station for a 6-month stay in May 2009, on a Soyuz launch from Baikonour, Kazakhstan.

This mission will see an increase in the permanent ISS crew from 3 to 6, allowing astronauts to dedicate much more time to scientific and technological research as well as carrying out operational and assembly tasks.

Frank will conduct experiments developed by scientists from all over the world, making full use of ISS facilities and especially the European laboratory Columbus. These will include studies to prepare for long-term future missions into the solar system, such as countermeasures for osteoporosis, plant-based CO2 recycling, and developing food resources onboard. On the operations side, he will be instrumental in operating the robotic arms of the ISS and the Kibo module, to help install external payloads for the Japanese laboratory.

In autumn he will become the first European commander of the ISS, responsible for operations and protection of all ISS elements, equipment and payloads, directing crew activities and ensuring crew safety.