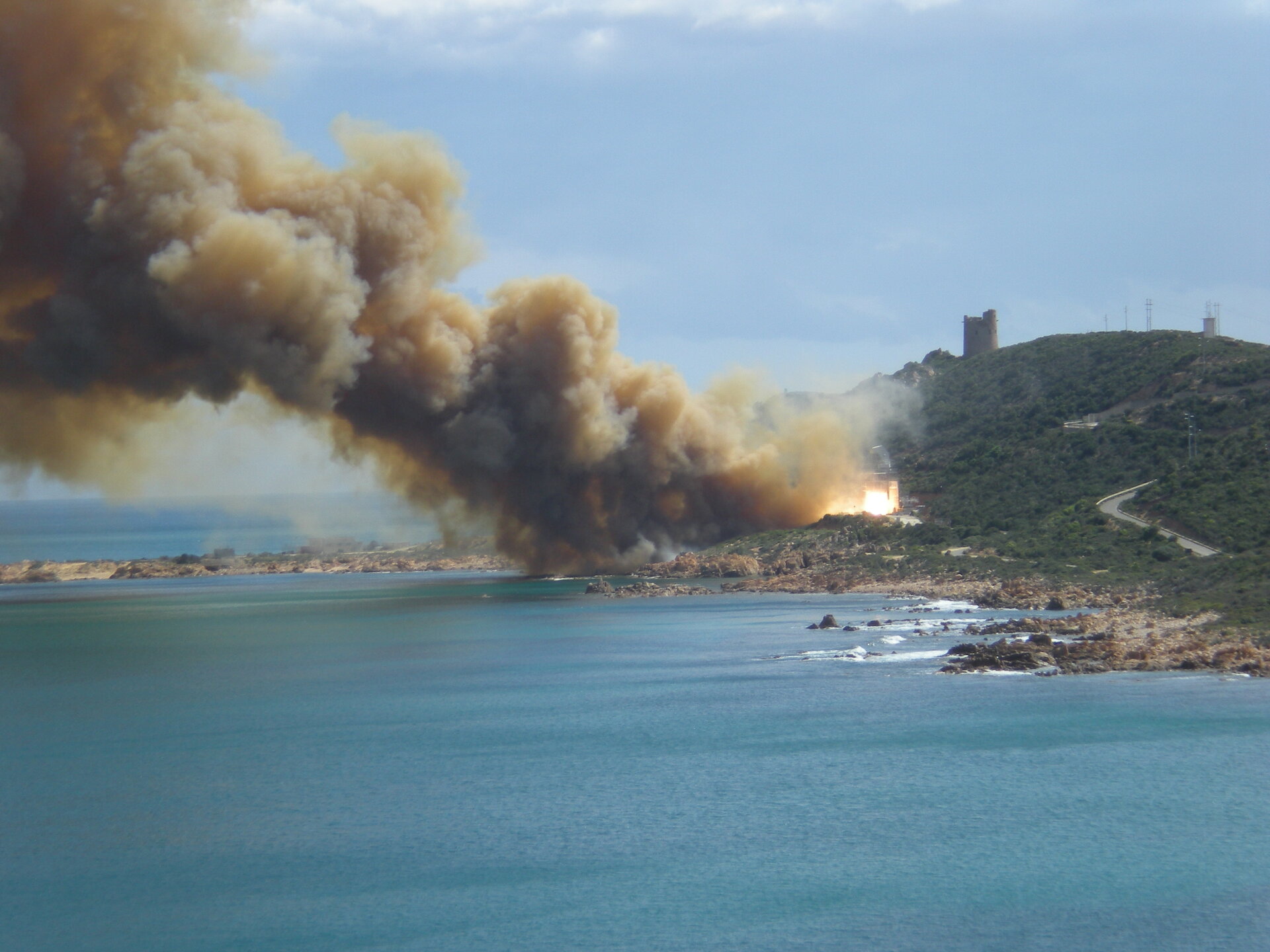 At 15:30, the peace and quiet of the Sardinian coast was suddenly interrupted by a powerful, deep roar as a Zefiro 9A motor ignited for its final qualification-firing test. The motor took almost two minutes to completely burn its propellant load, during which time engineers and technicians, representatives of Avio, ELV and ESA/IPT held their breath, waiting for the outcome of this important test.

The main objectives of the test were to verify the behaviour of the Zefiro 9A motor in a fully flight-representative configuration, to confirm the design performance and to collect information for system studies at stage level.