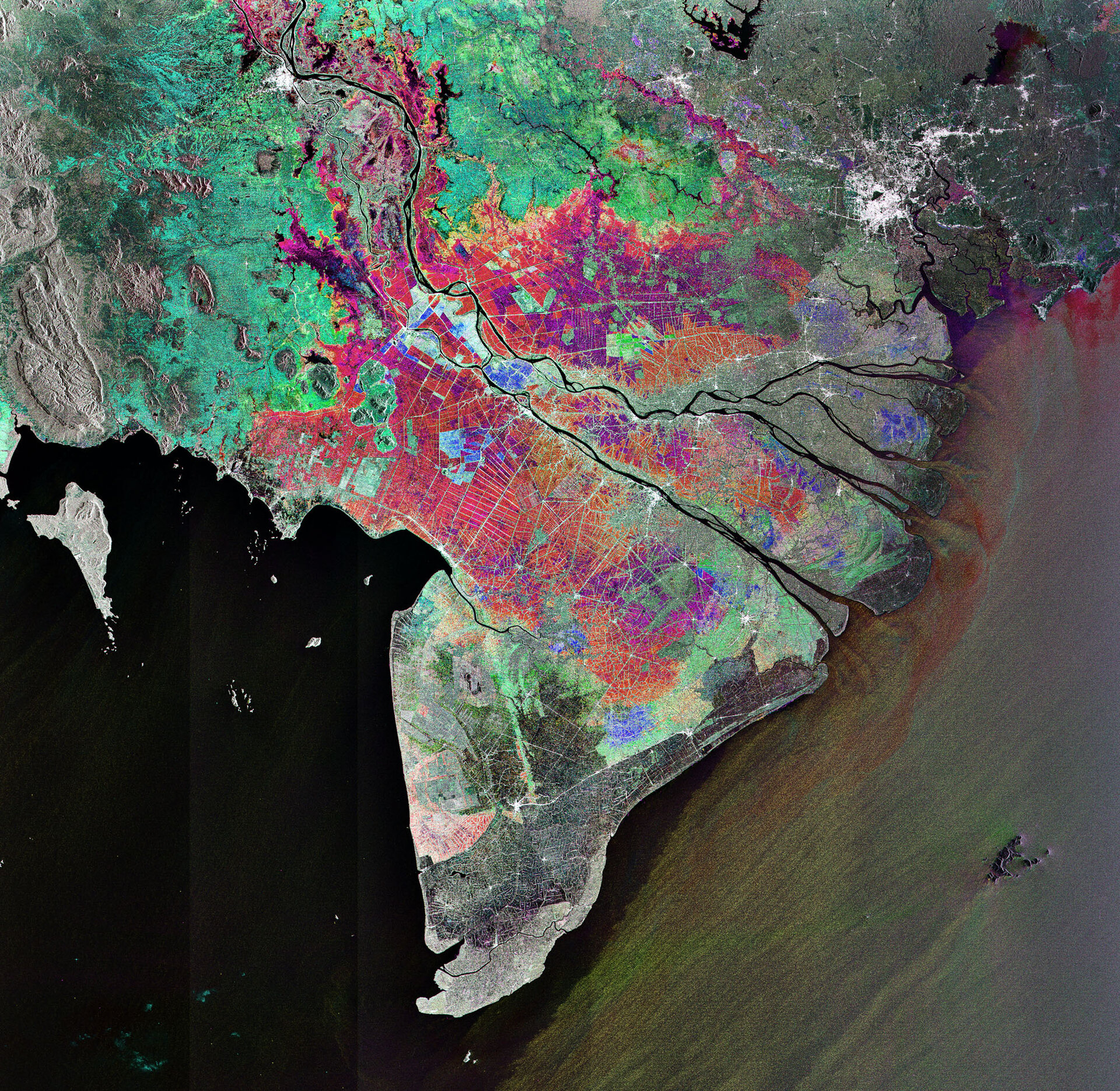 This Envisat image features Vietnam's Mekong Delta where the Mekong, the world's 12th longest river, fans out into tributaries and empties into the South China Sea in Southeast Asia.

Stretching from the glaciers of the Tibetan – Qinghai Plateau to the South China Sea, the Mekong River flows some 4000 km through six nations – China, Myanmar (Burma), Laos, Thailand, Cambodia and Vietnam.

In addition to 1500 species of fish, the river is home to the Mekong giant catfish, which can reach a length of three metres and weigh up to 300 kg. It also hosts the endangered Irrawaddy Mekong dolphin.

The 475 000 cubic km of water that the river discharges each year supplies the Mekong Delta's tropical wetlands with rich alluvial deposits. The wetlands act like sponges by storing and releasing water, making it ideal for rice cultivation.

In fact, such an enormous amount of rice is produced in the Mekong Delta that it is often referred to as Vietnam's 'rice bowl'. The rice grown there feeds the rest of the country and produces enough to make Vietnam the world's third biggest rice exporter, after Thailand and India.

Radar sensors, such as Envisat’s Advanced Synthetic Aperture Radar (ASAR), are particularly suited for monitoring rice cultivation because they are able to detect waterlogged ground and penetrate the humid cloud coverage typical of Asian rice-cultivating regions.

The image was obtained by combining three ASAR acquisitions (9 January 2007, 13 February 2007 and 20 November 2007) taken over the same area. The colours in the image result from variations in the surface that occurred between acquisitions.