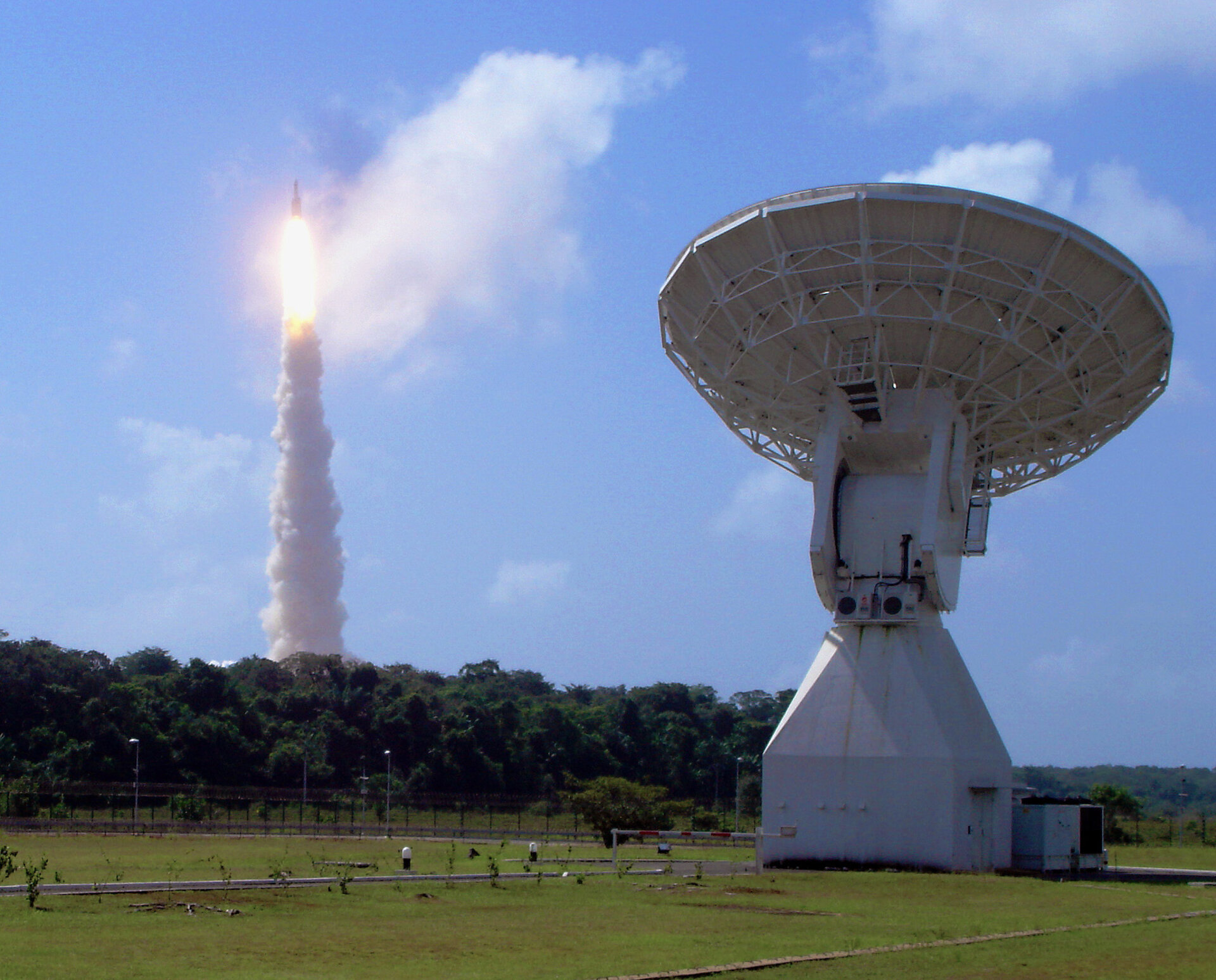 The Ariane 5 V188 launcher carrying Herschel and Planck rises above ESA’s 15 m-diameter tracking dish at Kourou, French Guiana, on 14 May 2009.

Forty years ago, on 19 May 1975, a satellite ground station in Spain became the first to be assigned to what would become ESA. Since then, the Estrack network has expanded worldwide and today employs cutting-edge technology to link mission controllers with spacecraft orbiting Earth, voyaging deep in our Solar System and anywhere in between. Estrack has evolved with the expanding needs of ESA’s science, Earth and exploration missions. Today, there are 10 stations in seven countries, all centrally managed from ESOC, the European Space Operations Centre, Darmstadt, Germany.

Access an expanded gallery of Estrack images and videos