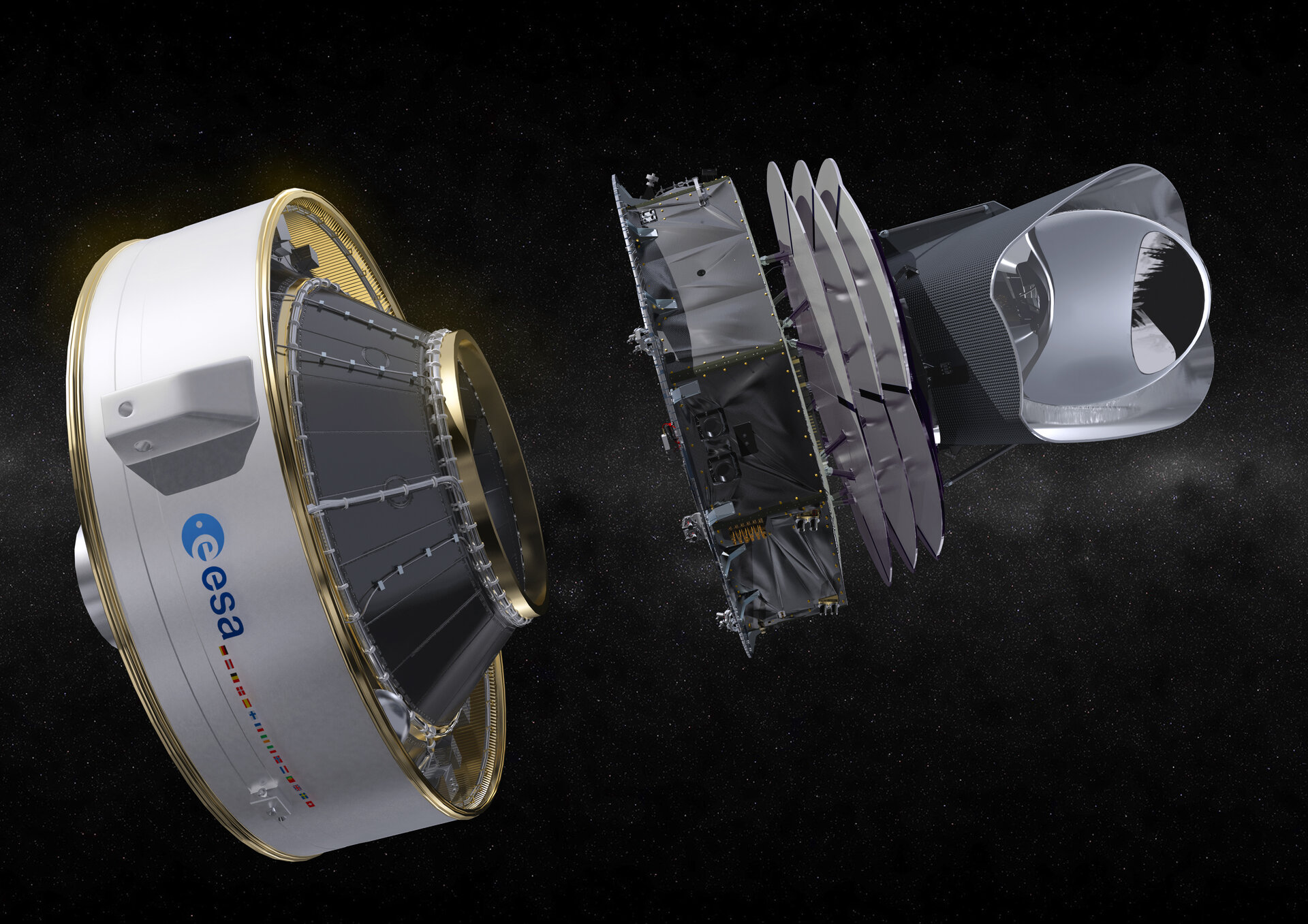 Planck will separate from the launcher about 30 minutes after launch, a couple of minutes after Herschel. The two spacecraft
will independently head towards their respective orbits the second Lagrange point of the Sun-Earth system (L2), some 1.5
million km from Earth in the direction opposite to the Sun. It will take about 60 days for satellites to enter their operational
orbits.